What is Satoshi Nakamoto's net worth?

Satoshi Nakamoto is a computer software developer and alleged Bitcoin entrepreneur who has a net worth of $42 billion. Satoshi Nakamoto is the pseudonym used by the person or persons who created the cryptocurrency bitcoin. Additionally, they developed and deployed bitcoin's original reference implementation, and devised the first blockchain database. A number of different people have claimed to be Nakamoto over the years, and speculation remains high as to their true identity.

A common version of Satoshi's background claims he was born Beppu, Japan in July 1949 into a very poor family. His father was reportedly a Buddhist priest. His parents divorced, and Satoshi moved to California in 1959 with his mother. After graduating from college, Satoshi worked for a variety of defense department companies as a technology contractor. He has been married twice and has six children.

Allegedly, Nakamoto began writing the code for bitcoin in 2007; the next year, they registered the domain name bitcoin.org. Nakamoto subsequently published a white paper on the cryptocurrency called "Bitcoin: A Peer-to-Peer Electronic Cash System." In sum, bitcoin is a decentralized digital currency that operates free of a central bank or sole administrator. Transactions are verified by network nodes and recorded in a ledger called a blockchain. Bitcoins can be exchanged for other currencies, as well as services and products.

In January of 2009, Nakamoto released version 0.1 of the bitcoin software on the web service SourceForge. They went on to collaborate with other developers on the software through 2010, after which time they relinquished control of the source code repository to software developer Gavin Andresen. Nakamoto owns somewhere between 750,000 and 1,100,000 bitcoins, making them among the wealthiest people in the world.

It is believed that Satoshi's drive to create a digital currency was spawned after he was laid off from two jobs in the late 90s and lost his home to foreclosure. He began working on the original source code for Bitcoin sometime in the early to mid 2000s. Bitcoin was officially launched as an open source software digital currency in 2009. For the next two years, the price of a single Bitcoin never rose above 30 cents, but by the end of 2011 it had topped $32 then dropped back down to $2.

In January 2021 the price of a single Bitcoin topped $40,000. At that level, the total value of all the Bitcoins in circulation was estimated to be over $1 trillion.

A Newsweek article would claim that Satoshi has so far been unable to sell any of his coins due to fear of having his true identity revealed. On March 6, 2014, a reporter from Newsweek tracked down someone they believed to be Satoshi in Temple City, California, just east of Los Angeles. This Satoshi apparently lives in a modest home and drives a modest Toyota Corolla CE, despite allegedly being worth over billions. It is unclear yet whether or not he will now feel more free to cash in his fortune.

It is believed that Satoshi Nakamoto controls 1 million Bitcoins which. His fortune first broke $1 billion in December 2013 when Bitcoin topped $1,000 for the first time.

Bitcoin has attracted a significant amount of criticism for many reasons. It has been scorned for its use in illegal transactions; for its large carbon footprint due to the exorbitant amount of energy it requires to make; and for its enormous price volatility. A number of Nobel Prize-winning economists have described bitcoin as an economic bubble akin to the Dutch tulip mania of the 17th century. Others have expressed concern about the cryptocurrency being a Ponzi scheme.

Because Nakamoto has never revealed personal information about themself, there has been rampant speculation over the years about the nature of their true identity. Many have thought that Nakamoto might be a whole team of people, while others have surmised that they're of Commonwealth origin due to their use of British English in source code comments and online postings. Nakamoto's own claim that they're a Japanese man has been considered unlikely for this reason.

Speculation about Nakamoto's identity has often focused on computer science and cryptography experts. They include Hal Finney, a cryptographic pioneer who reportedly lived a few blocks from a man with the surname Nakamoto. That man, Dorian Satoshi Nakamoto, is considered another possible candidate. Living in California, he trained as a physicist at Cal Poly University in Pomona, and worked as a systems engineer on classified defense projects for financial service companies. Nakamoto even seemed to confirm his identity when he told journalist Leah McGrath Goodman that he was "no longer involved" in bitcoin. However, during his full-length interview with her, he denied any connection to the cryptocurrency, and claimed that he had misinterpreted Goodman's question as being related to his work for military contractors and banks.

Beyond Finney and Dorian, many have speculated about Nakamoto being computer scientist Nick Szabo, who was linked to the bitcoin white paper by blogger Skye Grey. Szabo is known to have used pseudonyms in the 90s, and published a paper on "bit gold," a precursor of bitcoin. Others have linked Nakamoto to Australian academic Craig Steven Wright, Finnish economic sociologist Vili Lehdonvirta, and Trinity College Dublin student Michael Clear; however, all of them have denied being Nakamoto.

In 2011, investigative journalist Adam Penenberg offered circumstantial evidence that Nakamoto could be a combination of Vladimir Oksman, Charles Bry, and Neal King, who filed a joint patent in 2008 using one of the same phrases from the bitcoin white paper. A couple years later, Ted Nelson suggested the possibility of Nakamoto being Japanese mathematician Shinichi Mochizuki. Others have floated the idea of Nakamoto being Gavin Andresen, Jed McCaleb, Ross Ulbricht, Paul Le Roux, Elon Musk, or even a government agency. 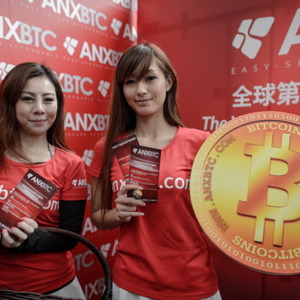