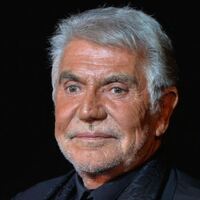 What is Roberto Cavalli's Net Worth?

Roberto Cavalli is an Italian fashion designer who has a net worth of $500 million dollars. Roberto Cavalli is known for his exotic prints and for pioneering the look of sand-blasted jeans. He also established his own luxury fashion house, which sells clothing, leather accessories, perfume, and jewelry, and develops interior design projects for high-end buildings. The company was acquired by Italian investment fund Clessidra SGR in 2015, with Gian Giacomo Ferraris as CEO.

Roberto Cavalli was born in 1940 in Florence, Tuscany, Italy. His grandfather, Giuseppe Rossi, was an artist and member of the Macchiaioli Movement of painters in the late 19th century. As a student, Cavalli attended the local Accademia di Belle Arti di Firenze, where he concentrated in textile print.

In the early 70s, Cavalli invented and patented a procedure for printing on leather, and subsequently began making patchworks out of different materials. Upon professionally debuting these techniques in Paris, he received commissions from major designer brands such as Pierre Cardin and Hermès. At the age of 32, he showcased his first namesake collection at Paris' Prêt-à-Porter Salon. Subsequently, Cavalli brought the collection to Palazzo Pitti's Sala Bianca catwalks in Florence. Among his creations were jeans made of printed denim, featuring intarsia leathers, wild prints, and brocades. In 1972, Cavalli opened his first boutique in Saint-Tropez.

It was during the Milan Fashion Week in 1994 that Cavalli unveiled one of his most influential creations: sand-blasted jeans. He also presented jeans with tiger and wildlife motifs, printed clothing, embroidered fur, and long gowns that showed off the body. Also that year, he opened boutiques in Saint Barth, followed by others in Saint-Tropez and Venice. Cavalli then brought new clothing lines to the market, including Class Cavalli, Just Cavalli, and Angels & Devils, the latter two of which focused on children's wear. These lines feature everything from evening gowns to shoes and handbags, as well as eyewear, underwear, jewelry, and perfume. By the end of 2001, the Cavalli brand was distributed in over 30 countries around the world. The next year, the company partnered with Sector to design watches; meanwhile, Cavalli opened his first café-store in Florence. In 2007, the brand became the first Italian fashion label to create a limited collection for the retailer H&M.

On its 40th anniversary in 2010, the Cavalli brand presented an exclusive runway collection in Paris. In 2014, after his son had been holding the post, Cavalli returned as the men's creative director of the company. With Dutch fashion designer Martyn Bal as his righthand man, he released his 2014 fall collection. Over the years, a myriad of top models have worked for the Roberto Cavalli brand, including Eva Riccobono, Natasha Poly, Karen Elson, Laetitia Casta, and Jessica Stam.

In 2015, along with some other minor partners, the Italian private equity fund Clessidra SGR purchased a 90% stake in Roberto Cavalli. The next year, former Versace head Gian Giacomo Ferraris was named the company's CEO; he subsequently began a reorganization plan, with the aim of returning the brand to its Tuscan roots. As a result, the company's Milan headquarters were shuttered and relocated to the Osmannoro plant, where manufacturing once again took place in-house. In 2017, Paul Surridge was appointed as the new creative director. 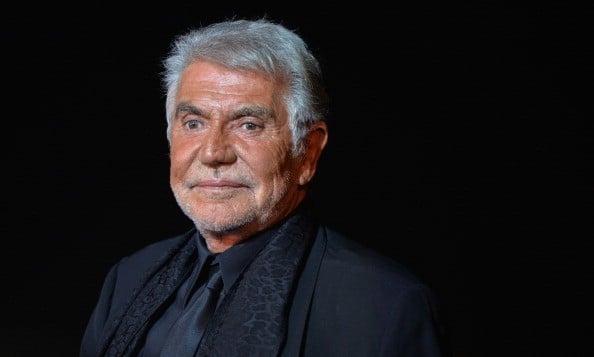 Facing economic difficulties, Roberto Cavalli closed all its US stores in 2019, and began preparing to liquidate its North American operations. Consequently, a number of the company's corporate executives resigned. In November of 2019, president of DAMAC Hussain Sajwani bought the company through the private investment firm Vision Investments. Roberto Cavalli maintains brick-and-mortar stores in Europe, Asia, and the Middle East.

Cavalli received stern criticism from the Hindu community in 2004, when he marketed a line of female underwear that featured images of Hindu goddesses. Due to this, the line was ultimately withdrawn, and formal apologies were issued.

Later, the Maktab Tarighat Oveyssi Shahmaghsoudi school of Islamic Sufism accused Cavalli of cribbing their emblem, which they claimed was sacred. Although the Sufi school brought forth a proceeding in Europe, the Office for Harmonization in the Internal Market ruled that there were no similarities between the two logos.

In 1977, Cavalli served as a judge at the Miss Universe pageant, where the Austrian Eva Düringer came in second place to Trinidad and Tobago's Janelle Commissiong, the first-ever black Miss Universe. In 1980, Cavalli married Düringer. Altogether, he has two children from his first marriage, Tommaso and Christiana, and three from his second, Robert, Sara, and Daniele.

In 2013, Milan's Domus Academy bestowed upon Cavalli an Honorary Master Diploma in Fashion Management during its June ceremony.

For over 35 years, Cavalli and his wife have lived in a lavish estate in Florence. The home features a formal sitting room with marble floors, a fireplace, and a working brick oven; a glassed-in veranda; a rustic guest bedroom; and an indoor swimming pool and stone steam room. There's also a bounty of fine art, from Renaissance paintings to contemporary pieces, plus a separate building that houses Cavalli's work studio. Among the pets at the residence are dogs, birds, and tropical fish. Outside, a large courtyard provides panoramic views of the Florentine hills and its many cypress trees. Additionally, Cavalli owns a fully refurbished 1970 Ferrari Daytona and a helicopter.