Robert Duffy net worth: Robert Duffy is the co-founder and president of Marc Jacobs International and has a net worth of $135 million. He is the longtime business partner of designer Marc Jacobs and together the pair have created an extremely successful fashion empire. Duffy started out as a buyer at Bergdorf Goodman, and first met Marc Jacobs in 1983 at the Parson's New School for Design graduate dinner while Duffy was working as an executive at Reuben Thomas. Duffy was impressed by the designer's bold designs and signed Marc Jacobs to design for Reuben Thomas' sportswear label Sketchbook. In 1986, the duo secured financing from Japanese retailer Onward Kashiyama and launched their first design venture under the Marc Jacobs label. For decades, the duo presides over two of the industry's biggest luxury labels: Marc Jacobs and Louis Vuitton, where the Jacobs had been artistic director since 1997. In 2013, the pair stepped down after 16 years at the helm of the Louis Vuitton fashion house. When asked how he felt after stepping down, Duffy replied, "I feel like a younger person."  Robert Duffy and his husband, Alex Cespedes, were married in Massachusetts in 2010, and the couple have a daughter, Victoria Alexis Duffy, who was born in 2011. 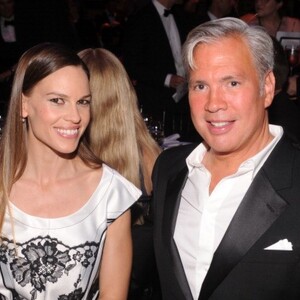