Rashidah Ali Net Worth: Rashidah Ali is an American reality television personality and self-proclaimed stylist who has a net worth of $800 thousand. Rashidah Ali was born March 19, 1952 in Flushing, New York. "The redheaded clown," as described by her former costar Yandy Smith, has a successful career but a less-than-positive image among employees and so-called friends.

She reportedly got her start in the public eye interning for Bad Boy and Def Jam and working her way up to an assistant for music notables Phil Robinson and Harve Pierre. She owned a couple of high-end shoe boutiques in Atlanta and New York starting at the age of 23 and her client list reportedly included Alicia Keys and Kim Kardashian. She then launched the shoe line, ENCORE. In 2011 Ali (allegedly) slashed a bouncer's face with a razor blade during a nightclub brawl, was arrested, released on $10,000 bail and was facing prison time, but criminal charges were dropped. Her legal troubles did not end there, as she faced grand larceny charges for not paying a hotel bill and in 2005 was convicted of attempted larceny and sentenced to probation. Since making a debut onto VH1's latest season of Love and Hip-Hop, those unfamiliar with her back story were a little confused-she had no obvious romantic ties to any rappers, which is usually how the female characters are introduced. Also, announcing herself as a "celebrity shoe consultant" furthered the confusion. Known as the "Blinged Out Bombshell", Rashidah Ali reportedly now manages a promotion and artist development company called 5 Approved. She has also appeared on other reality shows. 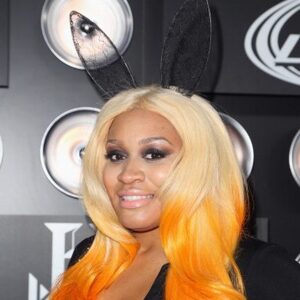