What is Ralph Lauren's Net Worth?

Ralph Lauren is an American fashion designer and businessman who has a net worth of $8 billion dollars. He earned his fortune as the founder of the Ralph Lauren Corporation which operates several brands and generates over $4 billion per year in revenue. Ralph Lauren is a publicly traded company on the New York Stock Exchange under the ticker symbol "RL". Ralph is the company's largest shareholder. As of this writing he owns 33% of the company's outstanding shares. Over the decades he has earned additional billions through share sales, dividends and normal compensation.

Ralph Lifshitz, better known as Ralph Lauren, was born on October 14, 1939, in The Bronx, New York City. His parents, Frieda (née Cutler) and Frank Lifshitz, were Ashkenazi Jewish immigrants from Pinsk, Belarus. He is the youngest of four siblings, and has two older brothers and one older sister. He attended the Manhattan Talmudical Academy before transferring to DeWitt Clinton High School, where he graduated in 1957. He then attended Baruch College at the City University of New York (CUNY), but dropped out after only two years of studies there.

He changed his name from Lifshitz to Lauren due to his original name's unfortunate obscene connotations in English. Not, as some have alleged, to escape his Jewish identity. In his own words: "When I was a kid, the other kids would make a lot of fun of me. It was a tough name. That's why I decided to change it. Then people said, 'Did you change your name because you don't want to be Jewish?' I said, 'Absolutely not. That's not what it's about. My cousins who lived in California had changed their last name to Lawrence. So I just thought, "I'm going to pick a nice last name"—it wasn't particularly connected to anything or anyone.'"

After dropping out of school, Lauren served in the United States Army from 1962 to 1964. He then worked as a sales assistant at Brooks Brothers, and a tie salesman. It was actually while working for tie manufacturer Beau Brummell that he convinced the company's president to let him start his own tie line. Thus, the first line from the Ralph Lauren brand featured men's ties.

In 1968, Lauren launched his first full menswear line, and named it 'Polo'. By 1969, the department store Bloomingdale's sold his line exclusively. He continued to expand his offerings, launching a line of tailored shirts for women featuring the now-famous Polo player emblem in 1971, quickly followed by his first full women's collection in 1972. In 1971, he also opened his first store on Rodeo Drive in Beverly Hills, California. This store made history as the first freestanding store by an American designer. The brand's signature cotton mesh Polo shirt (with the Polo player logo on the chest) was launched in 1972, in 17 different colors.

In 1978, Lauren branched into the realm of fragrances, and launched the first Ralph Lauren fragrances at Bloomingdale's that year. These were the women's perfume "Lauren", and the men's cologne "Polo". In 1981, Lauren took the brand international and opened its first European freestanding store in the West End of London, England. Throughout the 1980s and 1990s, the company continued to grow, with the addition of over ten additional lines and acquired brands, such as the Ralph Lauren Purple Label (1995) and Lauren Ralph Lauren (1996), as well as a paint line (1995). 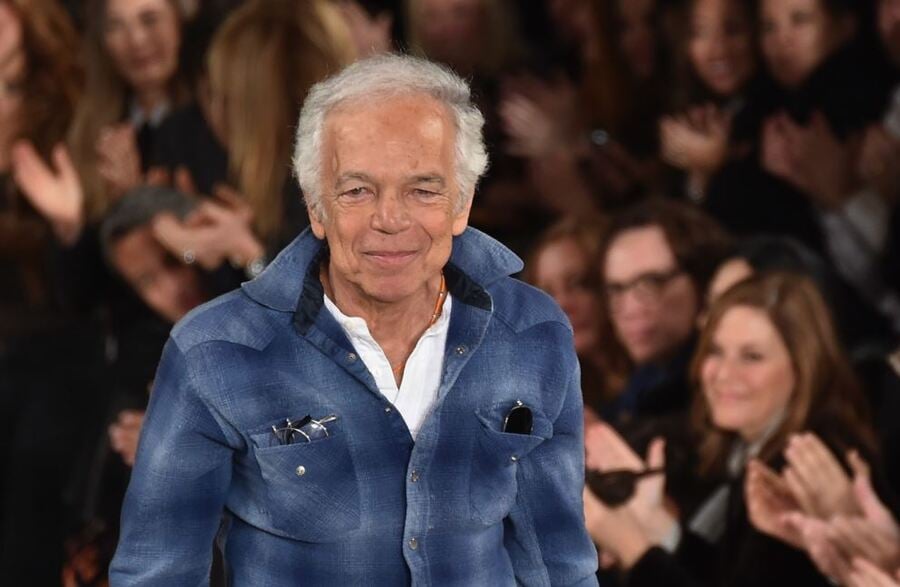 The company went public in 1997, raising $767 million through the IPO.

The company went online in 2000 on the original domain name polo.com. It was relaunched as ralphlauren.com in 2007. In addition to the brands bearing his name, the company also has several more mid-range and affordable lines, such as Chaps, which is sold mainly at Kohl's and Belk stores; and American Living, which was a brand exclusively created for the retailer JCPenney. In addition to home goods and clothing, the company has also branched into the restaurant sector with Ralph Lauren Restaurants. The company's first restaurant, RL Restaurant Chicago, opened in 1999. Other restaurants include Ralph's, opened in 2010 in Paris; Ralph's Coffee, opened in 2014 in New York City; and The Polo Bar, opened in 2015 in New York City.

In September 2015, Lauren announced that he was stepping down as CEO of the company. Stefan Larsson took over as CEO in November that year, and Lauren remained on with the company as Executive Chairman and Chief Creative Officer. In 2018, the Ralph Lauren brand celebrated its 50th anniversary with a special fashion show in Central Park, New York City. Famous guests at the show included Oprah Winfrey, Kanye West, and Robert DeNiro, as well as Hillary Clinton, among others.

Lauren is a noted philanthropist. One of the many causes he has supported is cancer research and treatment. For example, he co-founded the Nina Hyde Center for Breast Cancer Research at Georgetown University Hospital in Washington D.C., in 1989; established the Ralph Lauren Center for Cancer Care and Prevention in Harlem in 2003; and helped open the Royal Marsden Ralph Lauren Center for Breast Cancer Research in 2016.

Some important vehicles in his collection include;

His extensive collection has been on displayed and featured at many shows, such as in 2005 at the Museum of Fine Arts in Boston. In 2017 his collection was featured at New York Fashion Week.

Lauren owns several properties around the world. He owns a 17,000-acre cattle ranch outside of Telluride, Colorado. He also owns a 17,000-square-foot manor in Bedford, New York. 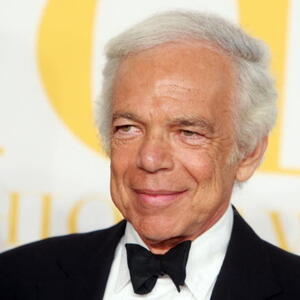