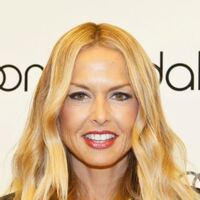 What is Rachel Zoe's Net Worth?

Rachel Zoe is an American fashion stylist, designer and businesswoman who has a net worth of $30 million dollars. She reached mainstream fame by starring on the Bravo reality television series "The Rachel Zoe Project" from 2008 to 2013. Additionally, Zoe has published books about fashion and style. She is known for working with a deep bench of A-list clients. With the help of reality TV star Nicole Ritchie, Zoe became the pioneer of the 'boho-chic' look, style which consists of oversized jewelry, loose-fitting dresses and shirts, paired with a slim frame. She is CEO of Zoe Digital Media, Inc.

Rachel Zoe was born as Rachel Zoe Rosenzweig in 1971 in New York City, New York. Her parents are Leslie and Ron, and her sister is named Pamela. She was raised in Millburn, New Jersey, where she graduated from Millburn High School. After graduating, she enrolled at George Washington University, studying sociology and psychology. Zoe subsequently moved to New York City to pursue her fashion career. There, she switched her middle name to her last name, as she believed Rosenzweig was too Jewish-sounding.

Zoe started off her professional career as an editor. Although she lacked any formal fashion training, she went on to become a high-profile stylist, working with such celebrities as Lindsay Lohan, Mischa Barton, Keira Knightly, Cameron Diaz, Jennifer Garner, Liv Tyler, Anne Hathaway, Jennifer Lawrence, Miley Cyrus, and reality television star Nicole Richie. With the latter, she helped develop a look known as "boho-chic," which comprises loose-fitting dresses and outsize jewelry.

Among her many partnerships, Zoe has collaborated with Hungarian-American designer Judith Leiber on a line of luxury bags, and served as a consultant for the Gap's shoe and handbag website, Piperlime.com. She also served as the face of the national ad campaign for Samsung's BlackJack cellphone. Alongside Robin Moraetes, she cofounded DreamDry, a New York City salon with other locations around the country. Meanwhile, exclusively for QVC, she launched the Luxe Rachel Zoe collection, which comprised jewelry, handbags, scarves, outerwear, and other accessories. A 2011 collaboration with Swedish retailer Lindex followed.

In 2016, Zoe went beyond fashion when she teamed up with Quinny and Maxi-Cosi to develop a collection of car seats and baby strollers.

In 2008, the Bravo television network debuted "The Rachel Zoe Project," a reality documentary series that followed Zoe as she expanded her business enterprise and cultivated her work/life balance. Over its run, the show also featured Rodger Berman, Zoe's husband and business manager; Joey Maalouf, Zoe's hairdresser and friend; Marisa Lee Runyon, her assistant and later brand director of her QVC line; Brad Goreski, her style director; and Jeremiah Brent, Zoe's new protege and styling associate. The show's third season in 2010 covered the departure of Taylor Jacobson, Zoe's longtime assistant. For the fourth season, the program focused on Zoe's pregnancy with her first child. The fifth and final season, aired in 2013, looked at the development of her collection, the planning of her DreamDry salon, and the preparation for the release of her second book.

In August of 2009, Zoe founded The Zoe Report, a free daily newspaper featuring items from the beauty, lifestyle, and fashion worlds. Later, the paper launched what it called Box of Style, a service that delivers goods approved by Zoe to the doorsteps of subscribers. Consumers have the option of buying a single box or paying a greater amount for an annual subscription. In 2019, The Zoe Report was purchased by Bustle Digital Group. 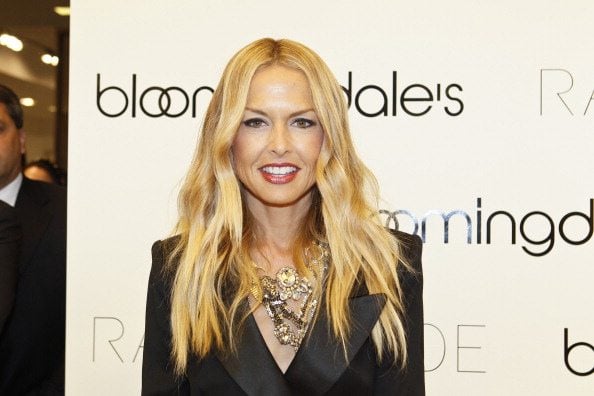 Along with Rodger Berman and journalist Derek Blasberg, Zoe launched the fashion-themed talk show "Fashionably Late with Rachel Zoe" in 2015. It aired on the Lifetime cable network in the time slot following "Project Runway." A weekly series, it featured Zoe as the host, as well as celebrity guests such as Jessica Alba, Molly Sims, Kelly Osbourne, and Eva Longoria. The show ultimately ran for eight episodes.

Zoe launched her first contemporary line of handbags and footwear in 2011. The collection, heavily influenced by her 60s and 70s stylistic sensibility, is available at nearly 300 department store chains, including Neiman Marcus and Bloomingdale's. In 2012, Zoe expanded the line to include jewelry, as well as accessories designed for cold weather.

As an author, Zoe released "Style A to Zoe: The Art of Fashion, Beauty and Everything Glamour," which she cowrote with Rose Apodaca. In 2014, she released her second book, "Living in Style: Inspiration and Advice for Everyday Glamour." In the book, Zoe provides fashion tips and advice, and includes style insights from fellow friends, insiders, and family members. "Living in Style" also includes exclusive photographs from Zoe's private archives, as well as memories of her earliest influences.

While at George Washington University in 1991, Zoe met her future husband, investment banker Rodger Berman. The pair married in 1998, and have two children, Skyler and Kaius. In 2013, they purchased a family home in Beverly Hills, which is designed in a minimalist style.