What is Rachel Roy's net worth?

Rachel Roy is an American fashion designer who has a net worth of $12 million. She has dressed several celebrity clients such as Michelle Obama, Kim Kardashian, Tyra Banks, Kate Hudson, Penelope Cruz, and several others. She gained popularity with her affordable fashion line The Rachel Roy Collection, which she launched in 2009.

She was born on January 15, 1974 in Monterey, California and grew up in Seaside, CA. She was raised with her brother, Rajendra Roy, who is now the Chief Film Curator at the Museum of Modern Art in New York. The daughter of a Dutch mother and Madras-born father, Rachel grew up as a member of the Seventh-day Adventist Church. She got her first job in fashion at the age of 14 working with Contempo Casuals, a clothing outlet in her hometown. Roy graduated from Seaside High School. After graduating college at Washington Adventist University, she worked in New York as a stylist for magazines and music videos.

She soon became an intern at the urban fashion line, Rocawear, where she worked her way up to be the creative director of the women's division and children's division in the company; this is also where she met her husband, Damon Dash. She launched her first fashion collection in 2004.

Roy has been credited with a number of awards and accolades in her field including a Bollywood industry award for her contribution to American fashion in 2006. She was inducted into the Council of Fashion Designers of America in 2007, formed a joint venture with Jones Apparel Group in June 2008, and in 2009, she launched her own line The Rachel Roy collection, which is an affordable line of sportswear, shoes, and accessories. The label, RACHEL Rachel Roy, is available exclusively at Macy's as well as at Saks Fifth Avenue, Bergdorf Goodman, Neiman Marcus, Shoewoo, and Nordstrom. Also in 2009, Roy gained a popular reputation in the teen market when she worked with Teen Vogue in its April issue to transform a simple T-shirt into a prom dress. Later that summer, Roy teamed up with British pop star Estelle and collaborated on a jewelry line together.

In the fall of 2010, Roy designed a capsule collection with model Jessica Stam, exclusively for Macy's stores and RachelRoy.com. 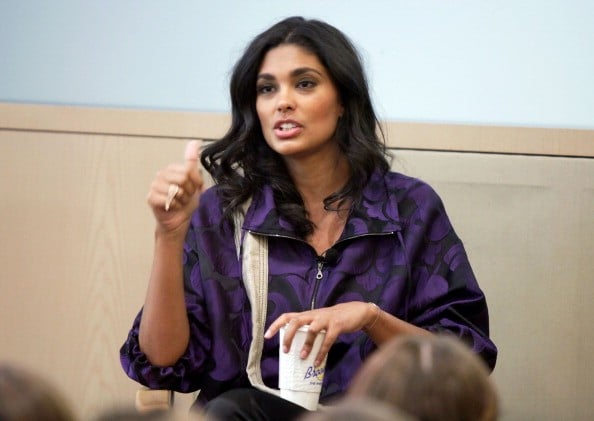 In addition to her Bollywood Industry Award, Roy has received the ACE Award, and was named a UN Women Champion for Innovation in 2018. She was rewarded for her efforts to advocate for gender equality for her work with the UN. Roy wrote her first book with her daughter Ava in 2015 called "Design Your Life: 96 Words for Love." It was published in 2019. Roy also works as an advisor to the national non-profit World of Children, which aims to serve underserved and underprivileged youth around the world.

Unfortunately, in 2013 the Jones Apparel Group decided to sell and liquidate the Rachel Roy Brand. The Jones Group also intended to sell Roy's trademarks. Roy pushed back and sued Jones Apparel. The judge sided with her, agreeing that Roy held 100 percent creative control of her company and that the final decision on the buyer was with her. The lawsuit was settled and the company was sold to Sycamore Partners. Her fashion company now operates in partnership with Topson Downs, with Roy owning 50 percent of the company.

Roy married Damon Dash in 2005. They have two daughters, Ava Dash (b. December 1999) and Tallulah Dash (b. May 2008.) Rachel filed for divorce in 2009 and in April 2015 she was awarded sole custody of both their children. She also filed a restraining order against Dash, which the court granted to both her and her two daughters for three years. Dash filed a lawsuit against her days later and alleged a breach of fiduciary duties.

Roy made headlines after the 2014 Met Ball when Solange Knowles was seen arguing with Roy shortly before attacking her sister's husband, Jay Z, in an elevator. 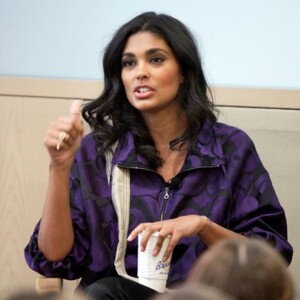