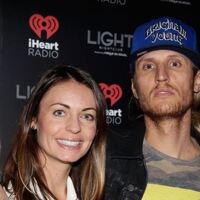 She currently lives with Apostol in Provo, Utah where she works as a cocktail waitress and a graphic designer. She started dating Apostol in 2008 right before he competed on the show for the first time. In 2014, the couple appeared on the hit reality series Marriage Boot Camp: Reality Stars where they work on their relationship in front of the cameras in an effort to form an even stronger bond. They also married in 2014.