Pierre Cardin net worth: Pierre Cardin was an Italian-born, French fashion designer who had a net worth of $800 million at the time of his death. Pierre died on December 29, 2020 at the age of 98. During a multi-decade career, Cardin was considered a visionary of futuristic designs. Perhaps more importantly, Pierre almost single-handedly created the concept of fashion licensing as we know it today, earning a massive personal fortune in the process.

Early Life: Pierre Costante Cardin was born on July 7, 1922, in San Biagio di Callalta, Italy. He grew up in Saint-Etienne, France. His father was a wine merchant. At age 14 he went to Vichy where he became a tailor's apprentice. At 17 he was planning to move to Paris to continue his fashion career, when World War 2 broke out. He enlisted and soon was placed in an administrative position with the French Red Cross. Decades later, Pierre would credit this wartime job with introducing him to balance sheets and other business metrics that would eventually serve his fashion empire.

Career: In 1945 he finally moved to Paris to jump start his dream. From 1946 to 1950 he designed coats and suits for Christian Dior. He also designed costumes for several plays and films, including Jean Cocteau's 1945 film "Beauty and the Beast".

In 1958, Pierre spent time as a professor emeritus at Bunka Fashion College in Japan. Through this experience he forged relationships with Japanese fashion manufacturers.

At the time it was considered sacrilegious for a high-end French designer to mass-produce collections. They were expected to only manufacture a small number of pieces for extremely wealthy customers.

Pierre rejected this norm and chose to mass-produce "ready-to-wear" fashion lines which would be widely available at department stores for regular people.

The move caused Pierre to be expelled from several hoity-toity French fashion societies like the Chambre Syndicale de la Haute Couture Parisienne. He did not care. Pierre responded to his expulsions by pointing out his designs were already being copied by French manufacturers, why shouldn't he be the one to benefit financially?

In the 1960s he created a ready-to-wear men's suit collection which further infuriated French fashion elites. Throughout the 1960s Cardin continued to design clothes for both men and women that became increasingly fanciful and replete with bright colors.

By the 1970s, he was regarded among one of the top fashion designers in the world and was awarded many times for his designs. In 1974, Cardin was awarded the EUR Award. In 1977, he received the Golden Thimble of French Haute-Couture Award and won the award two more times. In 1977 he purchased the Maxim's chain of stores and turned them into a unique line of boutiques to sell his designs.

In 1980, he celebrated 30 years in the industry at the Metropolitan Museum of Art in New York City.

Licensing Empire: Cardin expanded his licensing empire into dozens of markets including a contract with American Motors Corporation following the success of the Aldo Gucci designed Hornet Sportabout station wagon interiors. In 1981 he bought Maxim's restaurants and soon opened branches in New York, London, and Beijing. A chain of Maxim's Hotels are now included in the assets. He has also licensed a wide range of food products under that name.

Throughout it all, Cardin did not have partners or investors. He would later tell an interviewer:

"I'm the the financier, the banker and the creator. I've always done what I wanted because I've never had a boss."

In 2016 he offered to sell the rights to his licensing empire for sale for $1.4 billion, but ultimately did not sell.

Financial Empire: Perhaps a result of living through World War 2, Pierre famously eschewed stocks and other "soft" financial instruments. Instead he invested much of his fashion income into real estate. He owned multiple buildings in Paris, Rome, Milan, Barcelona and Brussels, a boutique in Cannes, a palazzo in Venice in addition to multiple personal homes and castles around the world.

One of his most-famous personal homes was the so-called "Bubble Palace" in Cannes. The 12,000 square-foot home is made of 10 giant terracotta colored bubbles. The home has three swimming pools, lush gardens, and an amphitheater that seats 500. The mansion has breathtaking views of the Mediterranean. Each bubble is decorated in its own space theme. In October 2015 he offered the home for sale for $450 million.

Cardin rented the Bubble Palace out for $1,000 per person per night. The entire complex can be rented for $13,000 per day.

Personal Life: Pierre had a four-year affair with actress Jeanne Moreau but lived most of his life as a gay man. He was said to have had a long-term relationship with one of his assistants. 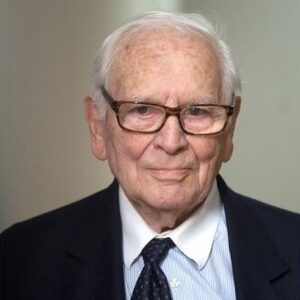