Phillip Lim is a Cambodian-American fashion designer who has a net worth of $12.5 million. Phillip Lim has earned his net worth as a fashion designer of Chinese ancestry. He was born in 1973 in Thailand; he won the 2007 Council of Fashion Designers of America. The Philip Lim label has projected sales of 60 million USD in 2011.

In his fall 2006 Fall Collection Lim aimed to "inject some 'street elegance'" into his designs. Laird Borrelli of Vogue magazine praised his work as a "pretty-but-cool clothes" that "don't try too hard". Then in Lim's spring 2007 collection, and his first runway show was praised as "lovely" by Nicole Phelps of Vogue, who said Lim proved himself to be an "accomplished tailor". His clothes were both romantic and predominantly white, with occasional accents of navy and floral elements. Phelps noted Lim's "knack for combining the dressy and the casual", saying that "Lim knows how fashionable women want to dress". Lim's fall 2007 collection was inspired by the socialite Edith Bouvier Beale and it was meant to embody what Lim called "pedigree minus prudence" or his Resort 2008 collection, Lim revisited his standby motifs. Castronuova is of both Chinese and Italian descent. 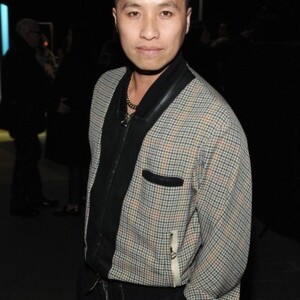