Philipp Plein net worth: Philipp Plein is a German fashion designer who has a net worth of $300 million. Philipp Plein was born in Munich, Germany in February 1978. Perhaps not surprisingly, he is the founder of the fashion brand Philipp Plein. He started designing furniture while he was studying law and founded his company in 1998.

Plein made bags and accessories from exotic leathers and now his brand has more than 66 stores worldwide which sell luxury clothing, accessories, shoes, and furniture. Celebrities and models such as Mischa Barton, Lindsay Lohan, Iggy Azalea, Rita Ora, and Naomi Campbell have been featured posing for Philipp Plein. Plein won the 2007 GQ Awards National Brand of the Year and the 2008 New Faces Award. He also won the 2014 International Fashion Brand Award. He won the 2016 GQ Germany Man of the Year fashion award. Today the company makes luxury clothing, accessories, shoes and even furniture. 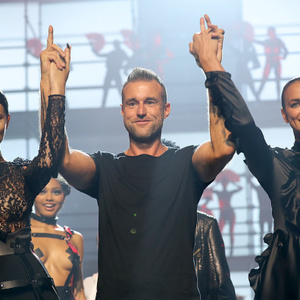