Peter Nygard Net Worth: Peter Nygard is a Finnish-Canadian fashion executive who has a net worth of $900 million. He has earned his fortune as the founder and chairman of Nygard International, a Canadian-based manufacturer of women's clothing. In 2009, Canadian Business Magazine estimated his net worth at $750 million. That made him the 70th richest Canadian in the world at that time. Today, we peg Mr. Nygard's fortune at $900 million.

Early Life: Peter Nygard was born in Helsinki, Finland. His birth year is in dispute. It was either 1941 or 1943. His parents Eeli and Hikka were bakers who immigrated to Canada in 1952 when Peter was a child. They eventually settled in Winnipeg. Nygard attended the University of North Dakota where he graduated in 1964 with a business degree.

One of his first jobs out of college was as a sales manager for a new line of women's denim for a company called Jacobs Fashions. In 1967 Peter used his life savings, roughly $8,000 and a loan to purchase a 20% stake in the company from its founder Nathan Jacob. Within a few years Peter bought Nathan out entirely and renamed the business Tan Jay.

Success: In 1967 he also founded his own apparel manufacturing business, simply called "Nygard". In its early days they made sportswear. In 1978 the company expanded in the US.

Today the company, which is known as "Nygard International", has corporate headquarters in Manhattan's Times Square. The company has grown into one of the world's largest women's clothing manufacturers and suppliers. The company generates north of $500 million per year in annual revenue. Nygard International employs 12,000 people around the globe and operates 200 retail stores in North America. Its products are carried at Dillard's, Walmart, Costco and more.

Peter is an avid supporter of breast cancer research and has made large charitable donations to the Canadian Breast Cancer Foundation. He has also supported the Amateur Boxing Federation's Bahamas team and has contributed to their Olympic success. He has an estimated 10 children from eight women.

Private Jets: Peter owns at least two private jets, both Boeing 727s that are painted with his name across the body.

Controversy: In February 2020, 10 women filed a civil class-action lawsuit against Peter accusing the mogul of rapes that allegedly occurred at his oceanfront mansion in the Bahamas. He has been accused of operating a sex trafficking ring and using associates to recruit women under the age of 16 (the legal age of consent in the Bahamas). Nygard has vehemently denied the accusations, claiming that they are the result of a smear campaign paid for and orchestrated by his Bahamanian neighbor, hedge fund billionaire Louis Bacon, with whom he has been in a decades-long feud.

He would fly in women from around the world for lavish parties. He reportedly travels with an entourage of women that refer to themselves as "paid girlfriends" according to a New York Times investigation. According to the same investigation, Nygard's staff maintained a list of more than 700 women who could be invited to parties at a moment's notice. The Times also claimed that Peter refers to women's bottoms as "toilets" and was once recorded saying "Do you see those toilets?" while gazing at a group of women with whom he had not yet had sex.

Nygard Cay: Nygard first acquired his Bahamanian compound, later the self-proclaimed "Nygard Cay" in 1987. Over the next decade he built a hedonistic resort that includes a 32,000 square-foot grand hall that has a 100,000 pound glass ceiling.

In 2009 portions of the property were destroyed by a fire. Nygard would later claim that his neighbor, Bacon, set the fire. A few months after the fire he announced a $50 million renovation plan which would take two years to complete. The Bahamanian Prime Minister's Office rejected the plans. The fire and stunted renovation plans have been the source of a feud between Bacon and Nygard for over a decade. Both sides have spent tens of millions of dollars fighting each other with more than 25 lawsuits in multiple international jurisdictions.

Over the decades, the resort has been visited by celebrities including Michael Jackson, Prince Andrew, Oprah and Robert DeNiro. In 2004 while filming the movie "Into the Blue", Jessica Alba attended a party at Nygard Cay which she reportedly found "gross". On a subsequent press tour Alba, who was 23 years old at the time, recalled of her time at Nygard's house: "These girls are like 14 years old in the Jacuzzi, taking off their clothes…" 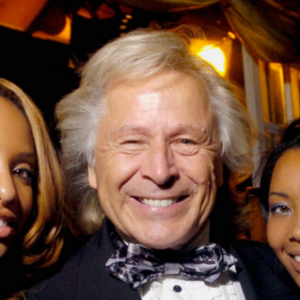