Peter Max net worth: Peter Max is a German American artist who has a net worth of $50 million. Peter Max was born in Berlin, Germany in October 1937. He is known for his use of bright colors and his works are associated with the 1960s and the styles of psychedelic art and pop art. His family fled Berlin in 1938 and settled in China for 10 years before moving to Israel and then New York. He studied under Frank J. Reilly and attended the Art Students League of New York in Manhattan. In 1962 he started the studio The Daily & Max Studio with Tom Daly and they were joined by Ron Rubbo. Peter Max appeared on The Tonight Show in 1968 and was featured on the cover of Life magazine in 1969. He The World of Peter Max was displayed in San Francisco and he was commissioned to design a 10-cent postage stamp. Max painted a portrait of Taylor Swift as a gift to her. In 2019 it was reported that he is suffering from advanced dementia which has been exploited in a massive art fraud scheme. 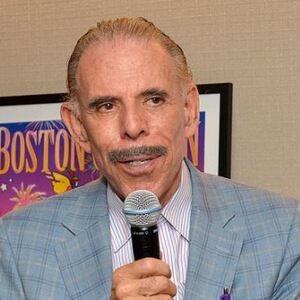