How much is Paul Smith Worth?

Paul Smith Net Worth: Paul Smith is an English fashion designer who has a net worth of $390 million. Born on 5 July 1946, in Beeston, Nottinghamshire, he managed to gain both wealth and reputation with his menswear. A boy who aspired to become a racing cyclist turned out to be one of the greatest menswear icons the fashion industry has ever seen. After a horrible cycling accident sealed his cycling ambitions, Smith went on to learn the craft of tailoring that turned out to be his true calling later on. Paul continued to hone his newly-discovered skills at Lincroft Kilgour in Savile Row, where he was spotted by chairman Harold Tillman who let him create designs for notable celebs, i.e., the likes of footballer George Best. It was in 1970 that he opened his first shop 10 Byard Lane in Nottingham with a small amount of savings and the help of his current wife (then girlfriend) Pauline Denyer. His business has grown over the years to become today's empire Paul Smith Group Holdings that is the key generator of his wealth. Having established himself both as a commercial creator and respected designer within the fashion industry, he was knighted by Queen Elizabeth II in 2000, being referred to as Sir Paul Smith ever since. 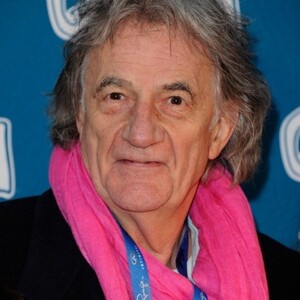