Paloma Picasso Net Worth: Paloma Picasso is a French fashion designer and businesswoman who has a net worth of $600 million dollars. Anne Paloma Ruiz-Picasso y Gilot was born in Paris, France in April 1949. Paloma is the youngest daughter of famed artist Pablo Picasso and writer and painter Francoise Gilot.

She was represented in her father's works Paloma with an Orange and Paloma in Blue. In 1968 she started as a costume designer in Paris. She attended schooling in jewelry design and was commissioned by her friend Yves Saint Laurent. In 1971 Picasso started working for Greek jewelry company Zolotas. She started designing jewelry for Tiffany & Co. in 1980. She created the fragrance "Paloma" for L'Oreal in 1984. She also was behind a bath and cosmetics line that included shower gel, soap, body lotion, and powder. In 2010 she launched her new collection Marrakesh, and in 2010 the Venezia collection. The Fashion Group honored Paloma in 1988 as one of the "Women Who Have Made an Extraordinary Impact on Our Industry". Starting in 1983 Paloma has been a member of the International Best Dressed List. She founded the Paloma Picasso Foundation to promote the works of her parents. Paloma married Dr. Eric Thevenet in 1999 and was formerly married to Rafael Lopez-Cambil. 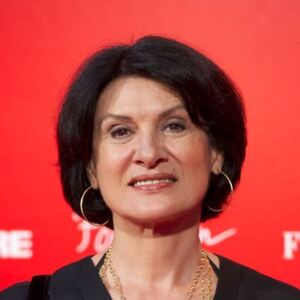