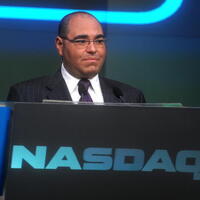 Nole Marin Net Worth: Nole Marin is a fashion connoisseur who has a net worth of $1 million dollars. He is best known for his appearances on America's Next Top Model, True Beauty, and Canada's Next Top Model. A New York City native, Marin spent his childhood on the Upper East Side and then attended the High School of Fashion Industry. From there, he has firmly established himself as a sound name in the fashion industry. Generally, he serves as a fashion stylist, preparing models for their appearances on catwalks or shoots, as well as he assists the formulation of magazine spreads. Ex-fashion editor for men's magazine Empire, Marin is now the fashion director for RunwayMagazine. Furthermore, his scope of work extends to ad campaigns and catalogs for such brands as L'Oreal, Disney, Pepsi, Avon, Virgin Records, Colgate and Sony Music, among others. Nole Marin is often accompanied by his Pomeranian dog named Empress Minnie, who has even appeared on America's Next Top Model.