Noelle Reno net worth: Noelle Reno is an American television presenter, reality television personality and businesswoman who has a net worth of $20 million dollars. Noelle Reno was born in Seattle, Washington, and began her professional career as a model when she was 13 years old. She followed her now ex-boyfriend, Matthew Mellon, to London when she was twenty, and remained in the city after they split.

She now works as a television presenter, is the co-founder of the cashmere line, Degrees of Freedom, and is also as a partner in the fashion line, Z. She has been engaged to Scot Young for nearly six years and they have been in and out of the press because of his high-profile divorce. He is a once wealthy businessman, who somehow lost his £400 million fortune just before divorcing his former wife. He and his ex-wife have been locked in nasty divorce proceedings ever since, and he has not yet married Noelle. She is currently supporting him financially. He recently completed a three-month stint in jail for contempt of court for refusing to disclose details about his business partners. Noelle Reno is one of the newest cast member on the new reality series, Ladies of London, which is thought of as the English equivalent to the Real Housewives franchise. 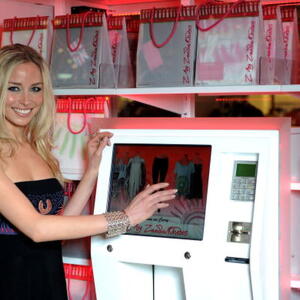