Nikkie de Jager net worth: Nikkie de Jager is a Dutch makeup artist and beauty vlogger who has a net worth of $6 million. Nikkie de Jager was born in Wageningen, Netherlands in March 1994. She is known for her YouTube channel named NikkieTutorials. Her video "The Power of Makeup" went viral in 2015 and by 2018 she had 10 million subscribers and more than 900 million video views.

Nikkie de Jager started uploading videos to YouTube in 2008 when she was 14 years old. She enrolled in makeup courses at the B Academy in Amsterdam and later signed to Colourfool Agency as a professional makeup artist. She joined the TV series I Can Make You a Supermodel as the head makeup artist in 2013. She has collaborated with beauty brands including Maybelline, Too Faced, and Ofra. Nikkie de Jager won a 9th Annual Shorty Award in 2017 for YouTube Guru and won a Teen Choice Award in 2017 for Choice Web Star: Fashion/Beauty. 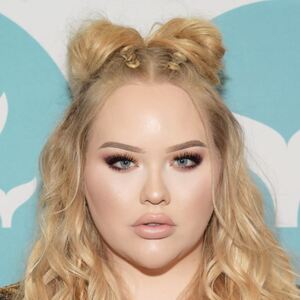