Nats Getty net worth: Nats Getty is an American model, socialite, designer, artist, and LGBTQ rights activist who has a net worth of $30 million. Nats Getty was born in Los Angeles, California in November 1992. Her mother is Ariadne Getty and the granddaughter f Sir John Paul Getty. Her great grandmother was Ann Rork Light and her great grandfather was Jean Paul Getty who founded Getty Oil.

Nats' older brother is fashion designer August Getty. Nats Getty has her own clothing brand Strike Oil. She directed and starred in the 2014 short Smoking Solitary. She is signed with Next Management and has modeled for her brother's line August Getty Atelier. Nats Getty married Gigi Gorgeous in 2019, who is also known as Gigi Lazzarato on YouTube. She has worked with her mother and brother on providing new infrastructures for the Los Angeles LGBT Center. Nats Getty is a member of the Ariadne Getty Foundation and also serves as its ambassador. 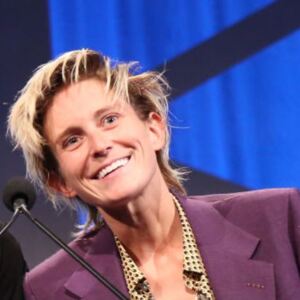