What Is Nate Berkus' Net Worth and Salary?

Nate Berkus is an American interior designer, television personality, producer, and author who has a net worth of $18 million. He runs Nate Berkus Associates, a Chicago-based interior design firm, and he regularly appeared on "The Oprah Winfrey Show." Berkus hosted the syndicated talk show "The Nate Berkus Show" from 2010 to 2012, and he began hosting TLC's "Nate & Jeremiah by Design" (also known as "Nate & Jeremiah Save My House") with his husband, Jeremiah Brent, in 2017. Berkus has served as an executive producer on "Nate & Jeremiah by Design" as well as the 2011 Oscar-winning film "The Help" and the 2014 television series "American Dream Builders" (which he hosted). Nate appeared as himself in two 2011 episodes of "Days of Our Lives" and a 2016 episode of " The Mindy Project," and he has published the books "Home Rules: Transform the Place You Live into a Place You'll Love" (2005) and "The Things That Matter" (2012).

Nate Berkus was born Nathan Jay Berkus on September 17, 1971, in Orange County, California. His mother is designer Nancy Golden, who was involved in founding the Minnesota chapter of the Independent Designers Association and has appeared on HGTV shows such as "Decorating Cents" and "Room for Change." Nate's father, Michael A. Berkus (who passed away from brain cancer in 2015), was a co-founder of the annual trade show the National Sports Collectors Convention. Nancy and Michael divorced in 1973, and Nate grew up in Hopkins, Minnesota, in a Jewish household. Berkus attended the Massachusetts boarding school Cushing Academy, and after graduating from high school, he landed internships with Leslie Hindman in Chicago and Dominique Aurientis in Paris. He earned Bachelor of Arts degrees in Sociology and French from Lake Forest College in 1994, and the following year, he founded Nate Berkus Associates in Chicago.

In 2005, Nate launched a line of merchandise that was sold at Linens 'n Things, and in 2008, he hosted the reality TV series "Oprah's Big Give." In 2010, he began hosting "The Nate Berkus Show," which aired 291 episodes over two seasons and earned a Daytime Emmy nomination for Outstanding Lifestyle Program in 2011. In 2012, his book "The Things That Matter" was a "New York Times" Best Seller, and the "Washington Post" named it "One of the Best Interior Design Books of the Year." That year Berkus also launched a collection of bed and bath products at Target, and in 2013, he introduced the Nate Berkus Fabric Collection at Calico Corners. In 2014, he hosted the NBC series "American Dream Builders," which the network described as "American top designers, builders, architects and landscapers [going] head-to-head each week, putting their talents to the test on extreme home renovations." In 2017, Nate and his husband, Jeremiah Brent, began starring on the reality show "Nate & Jeremiah by Design," and in 2020, he helped rebuild Maryland's Ellicott City in the "Save Our Town" episode of "Gordon Ramsay's "24 Hours to Hell and Back." In 2021, he appeared in a commercial for the Hyundai Tucson. 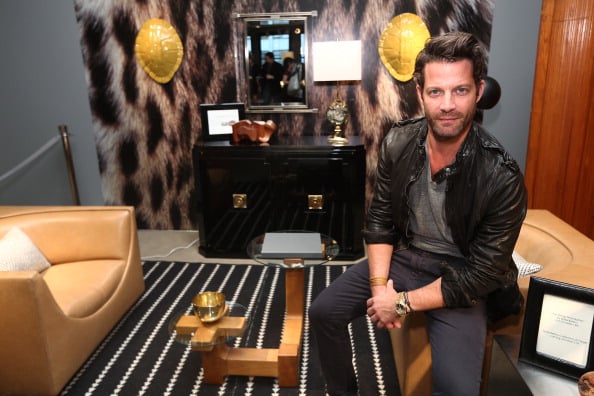 In December 2004, Nate and his partner, photographer Fernando Bengoechea, were visiting Sri Lanka when the Indian Ocean tsunami hit. The couple was swept out to sea, and sadly, Bengoechea was presumed dead. In 2008, Berkus spoke to the "Windy City Times" about the tragedy, stating, "I would never wish for anyone to experience what I experienced, the personal loss I experienced with Fernando dying and also witnessing what I witnessed, including the deaths of so many. But the truth is, the lessons that I've learned from that changed me so profoundly as a person, thus I wouldn't recognize myself before the tsunami. When you go through a life-altering experience, you can come out [ of it ] in one of two ways. You can come out as a stronger version of the person you were before, or you can let it destroy you. Even through my grief, and truly for the first time ever understanding what grief was, I knew on some level that I would make myself a better person as a result of that, that it wouldn't be the one thing in my life that defined me."

In April 2013, Nate became engaged to Jeremiah Brent, a fellow interior designer, after close to a year of dating. They married at the New York Public Library on  May 4, 2014, and they welcomed daughter Poppy on March 23, 2015, and son Oskar on March 26, 2018, via surrogates. In 2014, Berkus and Brent starred in Banana Republic's "True Outfitters" ads, which were featured in "Rolling Stone," "InStyle," and other magazines, and became the first same-sex couple to appear in a clothing retailer's ads in those publications. Nate, Jeremiah, and Poppy graced the cover of the September 2015 issue of "Architectural Digest," and their Manhattan apartment was featured in the magazine.

In 2000, Nate was named Design Director of "Chicago Social Magazine," and in 2002, he won the "Vox/Out" Design and Style Award. In 2003, he was included in "House Beautiful" magazine's "Next Wave Design Talent" feature, and "Craine Business Magazine" put him on its "40 Under 40 To Watch 2003." "The Nate Berkus Show" earned him Daytime Emmy Award nominations for Outstanding Lifestyle/Culinary Host in 2011 and 2012.

In 2011, Berkus put his 3,980 square foot Chicago condo on the market for $2.65 million. The interior of the full floor condo, which was built in 1928, was decorated and designed by Nate himself. The home includes three bedrooms and four bathrooms, and the living/dining room areas feature numerous windows and an 18th-century limestone fireplace mantel. The kitchen has vintage steel kitchen cabinetry and high-grade kitchen appliances, and the home has hardwood floors and a library with a cozy fireplace. The corner master suite features a fireplace, custom walk-in closet, and 1930s-style bathroom. 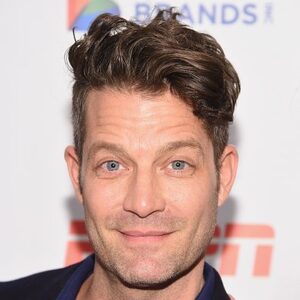