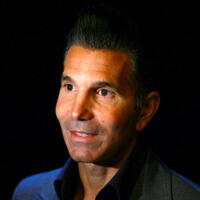 What is Mossimo Giannulli's net worth?

In March 2019 Mossimo and Lori were arrested as part of the infamous college bribery scandal known as Operation Varsity Blues. Mossimo and Lori both eventually pleaded guilty and served prison terms.

Mossimo Giannulli was born to an Italian family in Los Angeles on June 4, 1963. His birth name was actually spelled "Massimo". He changed the spelling and pronunciation to "Mossimo" in first grade after a teacher suggested it would be easier pronounced. He was raised in Encino, California.

After high school Mossimo attended the University of Southern California for three years before dropping out in 1987. He dropped out to focus full-time on the clothing line he had founded, "Mossimo", a year earlier on Balboa Island in Newport Beach, California. He founded the surf/lifestyle clothing brand with $100,000 borrowed from his father. During the first year of operation, Mossimo the brand generated $1 million in revenue. The following year it earned $4 million.

Over the years, his business eventually added a wide range of products like sweatshirts, knits and sweaters, as well as women's clothes and men's tailored suits. After almost a decade in business, Mossimo, Inc. had turned into a multi-million dollar sportswear and accessories company. At its peak, the brand was sold in 1,700 stores within the US, and with around 600 international stores worldwide.

By 1996, the company was earning $76 million per year and generating $12 million in profits. This same year the company went public. After its first day of trading upon the IPO, Mossimo Giannulli's net worth (pretax, on paper) was $275 million. He owned 73% of the company.

At its peak as a public company, Mossimo Giannulli's paper net worth was $500 million as his company's stock hit an all-time high of $50 per share.

Unfortunately, by 1998 shares in his company dropped 90% to $4.75, bringing Mossimo's stake down to $50 million. This happened as a result of over expansion into upscale clothing which disenfranchised his original fans while also not attracting new high-end customers.

The expansion proved to be costly and perhaps rash. In subsequent years the company lost tens of millions of dollars. After the company's growth began to decline and expenses soared, the stock price eventually hit a low of $4.75. Mossimo Giannulli eventually sold the company to Iconix Brand Group and today the clothes are sold exclusively at Target.

Mossimo Gianulli married "Full House" actress Lori Loughlin in 1997. They met in 1995 when she was still married to entertainment executive Michael R. Burns. Her divorce from Burns was official in 1996. Together they have two daughters, Isabella Rose and social media star Olivia Jade.

On March 12, 2019 the FBI raided Mossimo and Lori's Bel Air home in connection to a college bribery scam. Lori and Mossimo allegedly paid $500,000 to get their two daughters admitted to the University of Southern California under the guise that they were recruited to the rowing team. 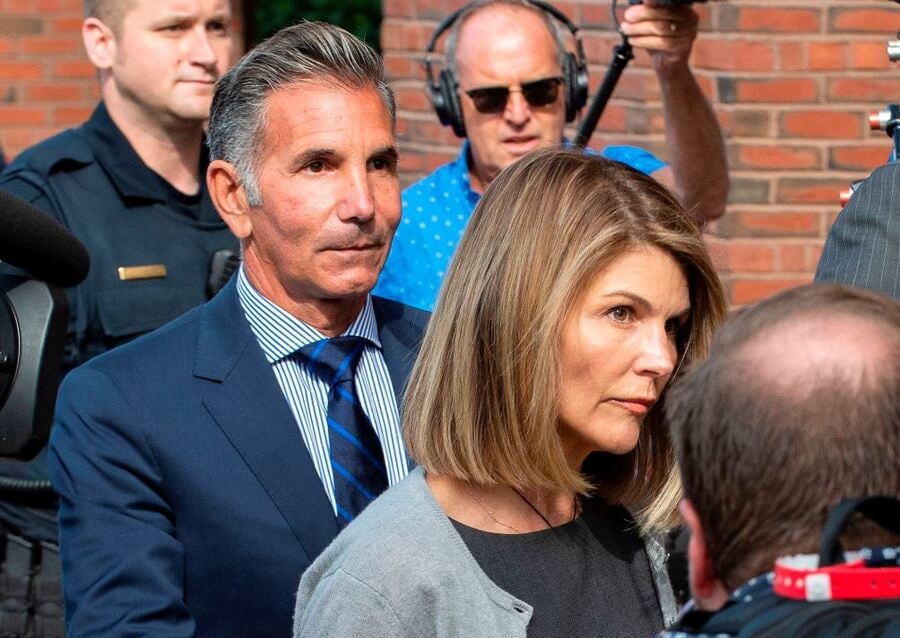 From 2015 to 2020 Lori and Mossimo's primary residence was a large walled and gated mansion in Bel Air, California on the grounds of the Bel Air Country Club. The couple purchased the house for $14 million in 2015 and proceeded to spend millions on upgrades and renovations. At one point they listed the mansion for sale for an eye-popping $35 million, but they didn't get any takers. They lowered the asking price to $28.7 million but eventually had to settle for $18 million. The buy was Tinder co-founder Justin Mateen.

They sold the home just a few weeks after being forced to resign from the Bel-Air Country Club after several prominent club members complained about allowing convicted felons to remain as members.

They previously owned a home in Laguna Beach's exclusive gated community Emerald Bay. Emerald Bay is considered the Malibu of Orange County. They acquired the property in 1997 for $1.36 million. They first tried to sell the property in 2008 for $12.99 million. A year later, after the real estate market collapsed, they tried to sell for $8.5 million. A year later they accepted $4.1 million.

In September 2021 Lori and Mossimo paid $13 million for a 9,000 square-foot home in the exclusive La Quinta, California gated community, the Madison Club.