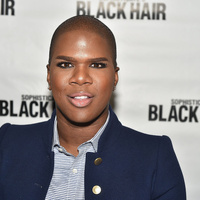 Miss Lawrence net worth: Miss Lawrence is an American stylist and reality television personality who has a net worth of $200 thousand. Miss Lawrence, also known as Lawrence Washington, is based in Atlanta, Georgia. Always interested in performance, he began singing with a youth choir as a child, and toured with the ensemble. Later, he shifted his focus to hairdressing, and has become quite well known for his styling abilities on "The Real Housewives of Atlanta." He first appeared on "The Real Housewives of Atlanta" as Sheree Whitfield's hairstylist and is now the owner of a self-titled salon in Buckhead, Georgia. He released a very successful dance track called, "Closet Freak", which was a collaboration with Kandi Burruss, a fellow Real Housewives cast mate. Unfortunately, the music business relationship with Kandi ended negatively; and Miss Lawrence claims this was because he declined Kandi's offer to be signed by Kandi Koated Entertainment because in his opinion, he received an unfair contract. In addition to his regular appearances on "The Real Housewives of Atlanta", Miss Lawrence has also served as a host for various BET programs. Miss Lawrence has celebrity clientele that includes, Jennifer Holliday, Ciara, and Serena Williams and he owns a t-shirt line called, "Signed by a Queen." Lawrence is known for his gender-bending style and lovable tenacity, which makes him a natural fit for his role as host on Bravo's Fashion Queens.