Millie is a distant heir to the Quality Street confectionary brand manufactured by Nestle in England. Millie married rapper Professor Green in 2013 after he saw her on the cover of FHM magazine and contacted her. Mackintosh has her own website and blog and sells her own range of fake eyelashes. She has also dated Made in Chelsea co-star Hugo Taylor. 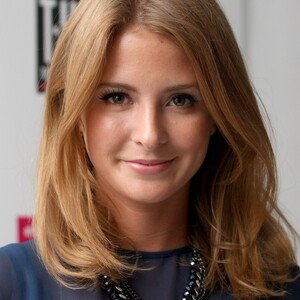