What is Michael Kuluva's net worth?

Michael Kuluva is an American fashion designer and entrepreneur who has a net worth of $3 million. He is the founder of the New York fashion week label Tumbler and Tipsy. He was a professional figure skater who toured on Holiday On Ice and Disney on Ice where he played the role of Dash Parr of The Incredibles. Kuluva has appeared on episodes of the TV series Entertainment Tonight, Access Hollywood, E! News, Deal or No Deal, Good Morning America, The Today Show, and Live with Regis and Kelly.

Michael Kuluva was born in Missoula, Montana in May 1983 and was raised in Los Angeles, California by his parents Carol and Randy, both attorneys. Kuluva's grandfather on his mother's side is Roy Walter McClean of the Disney Company, who passed away in 2005. Kuluva went to Sierra Canyon School and went on to graduate with honors from a college prep school in 2001. He decided to skip college in order to focus on his burgeoning figure skating career.

From 1989 to 2001, Kuluva was a competitor in amateur U.S. figure skating. He reached the national and international level and then he moved to professional figure skating. Kuluva went on tour with Holiday on Ice and Disney on Ice. He portrayed DashParr on Disney on Ice in 2005 for several syndicated TV shows in the U.S. He was also featured in the Sony film The Cutting Edge: Going for the Gold, playing himself. 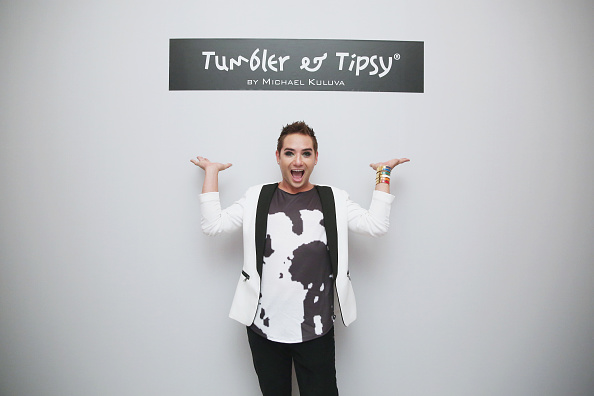 Fashion Design Career and other Ventures

In 2009 he retired from skating and started designing and attended the Fashion Institute of Design and Merchandising. He began his fashion label Tumbler and Tipsy while attending school and was part of the LA Fashion Week that year. He graduated with a degree in fashion in 2012. Kuluva presented his Spring 2012 collection at the New York Fashion Week, where he partnered with Ubisoft to design clothing inspired by the video game Just Dance 4. The line was modeled on the runway by Kendall Jenner and Alex Morgan, among others. He attended his next New York Fashion Week in winter 2013, presenting his Fall 2013 collection, which was inspired by the '90s grunge movement.

He developed partnerships with beauty brand Conair for their Infiniti by Conair collection. He also partnered with the audio company Harman Kardon, designing their new audio headphones and debuting them at NY Fashion Week. He presented his fall 2013 collection twice on the runway during the LA Fashion Week. In 2014, he designed a collection for Tumbler & Tipsy called "So Next Level." Models included Perez Hilton, Johnny Weir, and Yasmine Petty.

His fashion designs have been published worldwide including in Elle Thailand and Vogue Italia.

Michael began dating Olympic Figure Skater Russ Witherby in 2014 in December 2012 and they were engaged the following year. They got married in December 2014. The couple separated in 2015 and their divorce was finalized in 2017.