Costello started drawing dresses at two years old and opened his first store at 15. He formed relationships with celebrities including Celine Dion, Barry Manilow, Toni Braxton, Suzanne Somers, Florence Henderson, Faye Dunaway, and more. Costello became popular for designing a hat and dress for Cardi B at Paris Fashion Week and then Kylie Jenner wore one of his dresses for her birthday magazine cover. His dresses were featured in Nicki Minaj's app Nicki Minaj: The Empire, and Michael Costello is good friends with Lady Gaga. He dressed Beyoncé for the 56th Annual Grammy Awards in 2014 and dressed Meghan Trainor for the Grammys in 2016. 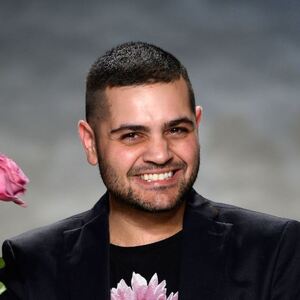