Martin von Haselberg Net Worth: Martin von Haselberg is an Argentinian contemporary artist who has a net worth of $250 million. Though it should be noted that the majority of Martin's net worth has come thanks to his 30+ year marriage to Bette Midler and their impressive shared real estate portfolio.

Martin von Haselberg was born in Buenos Aires, Argentina in January 1949. He is best known for being one half of the performance duo The Kipper Kids and for being married to Bette Midler. Haselberg met Brian Routh in 1970 and the two invented a character called Harry Kipper. They toured and took their experimental performance art show on the road. The Kipper Kids became associated with early punk in Los Angeles, California but mainly worked in Europe. Marti appeared in the television series Mary Hartman, Mary Hartman in a recurring role in 1976. As part of The Kipper Kids he appeared in the movies Forbidden Zone in 1980, UHF in 1989, and The Spirit of '76 in 1990. He also appeared in the TV series Moonlighting and the TV Movie The Mondo Beyond Show which he also produced. Von Haselberg also wrote and directed the film Blind Geronimo and His Brother and directed an episode of Tales from the Crypt. Martin married Bette Midler in 1984 and the couple has one daughter. Martin created a series of large photographic images that were made into inflatable sculptural shapes that he has titled Floatulents. 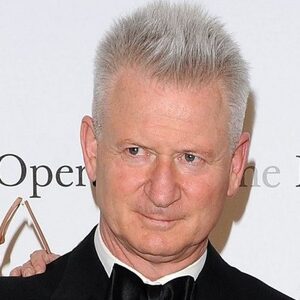