Mark Bradford net worth: Mark Bradford is an American artist who has a net worth of $20 million. Mark Bradford was born in Los Angeles, California in November 1961. He graduated from the California Institute of Arts and his styles include abstract painting and performance art. Some of Mark Bradford's best known works include Los Moscow in 2004, Yellow Bird in 2012, and Bell Tower in 2017.

He has received the MacArthur Genius Award, the US Department of State Medal of Arts, and the Bucksbaum Award. Bradford uses abstract painting and combines collage with paint. In 2018 he had the exhibit Tomorrow Is Another Day at The Baltimore Museum of Art. The same year his Mark Bradford: New Works opened in Los Angeles. In 2019 Mark Bradford was featured on 60 Minutes in an interview with Anderson Cooper. His monumental painting Helter Skelter I sold for $12 million in 2018 which was the highest auction price achieved by a living African American artist and his mixed media abstract Constitution IV sold for $5.8 million in 2015. 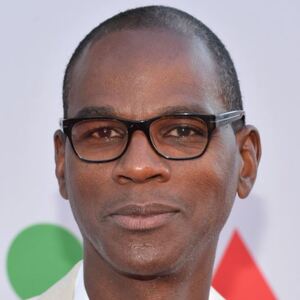