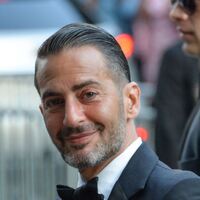 What is Marc Jacobs' Net Worth?

Marc founded his eponymous fashion company in 1984. In 1997 he sold a controlling stake the brand to luxury goods conglomerate LVMH for an undisclosed amount.

Marc Jacobs was born April 9, 1963 in New York City, New York. Jacobs' home life was turned upside-down at the age of 7 when his father died from ulcerative colitis. He eventually went to live with his grandmother, where Jacobs said he felt truly felt at home. While his grandmother allowed Jacobs to enjoy a permissive adolescence, he managed to stay focused on his dreams of becoming an important designer. By age 15, he was attending the High School of Art and Design during the day and working after school at the upscale clothing boutique Charivari where, as only a stock boy, Jacobs was given the opportunity to design sweaters for the store. The work helped Jacobs land a spot at the coveted Parsons School for Design, where he won both the Perry Ellis Gold Thimble Award and Design Student of the Year at graduation (1984).

At the age of 21, Jacobs designed his first collection for the label Sketchbook for Reuben Thomas, citing the films Amadeus and Purple Rain as his inspirations for the line. In 1987, he became the youngest designer to win the Council of Fashion Designers of America Perry Ellis Award for New Fashion Talent. Jacobs took over as the women's wear designer for Perry Ellis, where he won the prestigious 1992 CFDA prize for Womenswear Designer of the Year (and took the award again in 1997). Later that year, he designed a "grunge" look for Perry Ellis, which led to his dismissal.

That same year, amid the pressures of the industry, Jacobs's personal life went into upheaval when he hit a period of heavy drug use, including regular binges of cocaine, heroin and alcohol. In 1993, Jacobs Duffy Designs Inc officially launched their own licensing and design company, Marc Jacobs International Company, L.P. It was in 1994 that Jacobs produced his first full collection of menswear. Jacobs was appointed creative director for Louis Vuitton in 1997 and he went on to create the company's very first ready-to-wear clothing line. Through his Louis Vuitton collaborations, Jacobs has worked with many popular artists such as Takashi Murakami, Stephen Sprouse, Richard Prince, and Kanye West.

Jacobs checked into rehab for his substance abuse issues in 1999. A clean and sober Jacobs launched his secondary line, Marc by Marc Jacobs, in the spring of 2001 while continuing to successfully expand his own label. He also licensed his name to perfumes and accessories. In 2005, Look was the Marc, his ready-to-wear license older in Japan, had a retail value of 50 million euros. In 2006, Jacobs released his line of new body-splash fragrances in ten-ounce bottles distributed by Coty. While they were first only being sold in perfume boutiques, they have become more mainstream and popular over the years.  In 2007, filmmaker Loïc Prigent released a documentary film about Jacobs entitled "Marc Jacobs and Louis Vuitton."

In 2008, Jacobs was accused of plagiarizing a scarf design created in the '50s by a Swedish designer named Gösta Olofsson. The matter was settled financially by Jacobs in the form of compensation to Olofsson's son. Jacobs launched a shirt the following year sold at his stores that demanded the legalization of gay marriage. 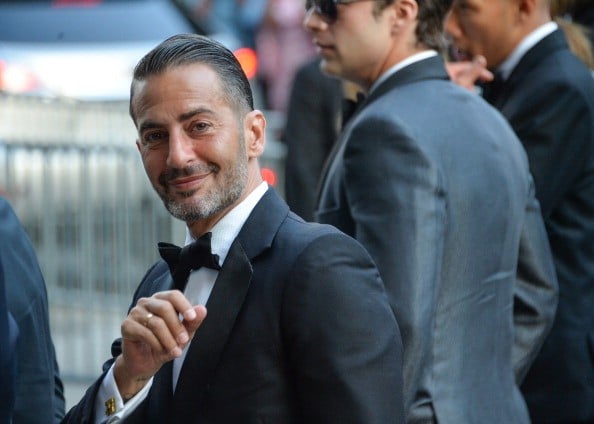 In May 2009, Jacobs co-hosted with Kate Moss a "model and muse"-themed gala for the New York City Metropolitan Museum of Art's Costume Institute. Jacobs sued Ed Hardy in February 2010 for infringing on the designs of one of Jacobs's embroidered handbags. In 2011, at the  Mercedes-Benz Berlin Fashion Week. Jacobs was the patron of the young talent award "Designer for Tomorrow by Peek & Cloppenburg". Five finalists were selected by Jacob and the members of the juryboard and received personal coaching from Jacobs. The juryboard and Jacobs appointed the winner of 2011 during the DfT award show. In 2011, it was rumored that Jacobs would succeed John Galliano as creative director of Christian Dior, but Jacobs laid those rumors to rest in January 2012. In February 2013, Jacobs was named the new creative director for Diet Coke. In honor of Diet Coke's 30th anniversary, Jacobs spent a year slated to give the brand a refresh and a makeover.

In October 2013, after the Spring/Summer 2014 fashion show, it was revealed that Marc Jacobs would leave Louis Vuitton to focus on his own line. In January 2014 it was announced that Jacobs's new Spring/Summer collection would feature actress/singer Miley Cyrus and would be photographed by David Sims. On February 26, 2014, it was announced that actress Jessica Lange would be the new face of Marc Jacobs Beauty.

Jacobs decided to rely on social media to cast models for Marc by Marc Jacobs's Autumn/Winter 2014 campaign and with its success did so again for Spring/Summer 2015, also photographed by his go-to, David Sims. In February 2018, it was confirmed that Baja East co-founder John Targon would join Marc Jacobs as creative director of contemporary. Jacobs was presented in August 2019 with MTV's first Fashion Trailblazer Award at the VMAs.

Marc Jacobs proposed to his then-boyfriend Charly Defrancesco via a flash mob in April 2018. The flash mob routine was to the song "Kiss" by Prince and it took place far from the glitz and glamour of the fashion industry: inside a Chipotle restaurant. The couple tied the knot in a lavish ceremony in New York City on April 7, 2019.

In April 2019, Marc paid $9.2 million for a home in Rye, New York. The Westchester home, known as the Max Hoffman House, was designed by Frank Lloyd Wright.

In March 2020 Marc sold a NYC townhouse for $10.5 million. He purchased the townhouse for roughly the same amount a decade earlier.