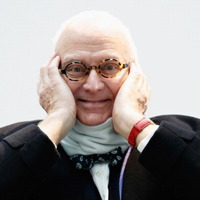 What is Manolo Blahnik's Net Worth?

Manolo Blahnik is a Spanish fashion designer who has a net worth of $400 million. Manolo Blahnik is best known for his namesake luxury shoe brand. He has won a myriad of accolades for his work over the years, including the British Fashion Council's Accessory Designer of the Year Award and Footwear News' Lifetime Achievement Award. In 2017, Blahnik was the subject of the documentary film "Manolo: The Boy Who Made Shoes for Lizards."

Manolo Blahnik was born as Manuel Blahnik Rodríguez on November 27, 1942 in Santa Cruz de La Palma, Canary Islands. His mother was Spanish, while his father was a Czech emigrant who fled Prague in the 30s to avoid fascism. Blahnik was raised alongside his sister Evangelina on a banana plantation owned by their mother's family. Growing up, he was greatly inspired by his mother, who made her own shoes. She was integral in fostering Blahnik's love of fabrics.

Initially homeschooled, Blahnik eventually joined a Swiss boarding school. He went on to attend the University of Geneva, where he studied politics and law before switching to literature and architecture. Blahnik lived with his aunt and uncle while attending school; his aunt was a particular influence on his sense of fashion and style. After earning his degree in 1965, Blahnik moved to Paris, France, where he studied at the Louvre Art School's École des Beaux-Arts and Stage Set Design. During this time, he worked at a vintage clothing store.

In 1969, Blahnik moved to London, England. There, he worked as a buyer at the fashion boutique Feathers, and wrote for the magazine L'Uomo Vogue. Later in the year, Blahnik traveled to New York City and met fashion columnist and editor Diana Vreeland. She was so impressed with Blahnik's fashion and design portfolio that she urged him to pursue a career making shoes and accessories. Heeding her advice, Blahnik began designing footwear.

Having never formally studied the art of shoemaking, Blahnik became adept in the craft by going to shoe factories and learning directly from technicians, pattern cutters, machine operators, and other professional personnel. He initially designed men's footwear, but soon discovered that the design of men's shoes was too limiting on his imagination.

Blahnik rose to fame in the 70s as a major name in the world of fashion design. Early in the decade, he was invited by English fashion designer Ossie Clark to create footwear for a runway show; he also designed shoes for such English designers as Zandra Rhodes and Jean Muir. Soon, Blahnik began selling his shoes for the Zapata Shoe Company; he eventually purchased the company with a loan and opened his own boutique. A sensation by 1974, Blahnik became only the second man to ever grace the cover of UK Vogue, the first having been Austrian actor Helmut Berger.

In the late 70s, Blahnik launched his first collection in the United States, which was sold through the luxury department store chain Bloomingdale's. He also opened his first American boutique during this time. Blahnik went on to open boutiques in major cities around the world, including Geneva, Barcelona, Madrid, Dubai, Hong Kong, Seoul, Taipei, Tokyo, and Singapore. Meanwhile, his flagship store remains in London on Old Church Street. 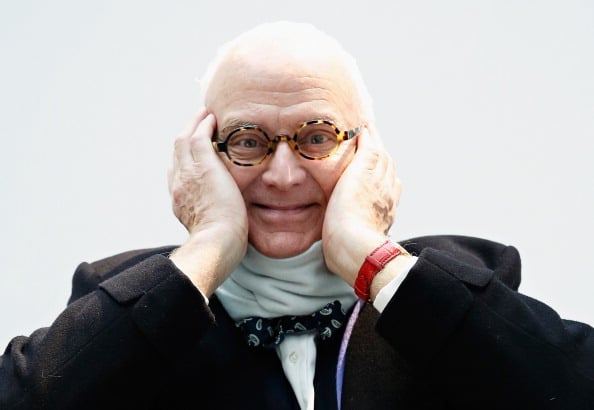 Blahnik has been the recipient of numerous honors and awards during his career. In 1987, he was inducted into the International Best-Dressed Hall of Fame. Three years after that, he won Accessory Designer of the Year honors from both the Council of Fashion Designers of America and the British Fashion Council. In 1997, the former association bestowed upon him the Stiletto Award for reviving the popularity of the thin stiletto heel. Among his other laurels, Blahnik won Shoe Designer of the Year from Footwear News in both 1998 and 2003; the same group gave him its Lifetime Achievement Award in 2011. Blahnik was also named an honorary Commander of the Order of the British Empire in 2007.

Due to his high profile in the fashion industry, Blahnik and his brand have often been cited in popular media. His shoes have been featured on film in the "Twilight Saga," "Marie Antoinette," and "The Devil Wears Prada," among other titles. Meanwhile, on television, Blahnik shoes have appeared or been invoked on such series as "Sex and the City," "Revenge," "The Sopranos," and "Duck Dodgers." Elsewhere, Blahnik was the subject of the 2017 documentary "Manolo: The Boy Who Made Shoes for Lizards," which was written and directed by Michael Roberts.