Lori Greiner net worth: Lori Greiner is an American jewelry designer and reality television judge on Shark Tank who has a net worth of $150 million. Grenier is a self-made inventor and entrepreneur who has created over 700 products and holds 120 U.S. and international patents.

Early Life: Lori Greiner was born on December 9, 1969, in Chicago, Illinois. She grew up on the Near North Side of Chicago, the second daughter of a real estate developer and a psychologist. Her parents divorced when she was eight. She got her B.A. in communications with a focus on journalism from Loyola University Chicago. She worked for the Chicago Tribune while she was in college. She initially planned to be a playwright. She made and sold costume jewelry.

Career: In the mid-90s, Lori Greiner designed a plastic organizer to hold up to 100 pairs of earrings. Her earring organizer was picked up by J. C. Penney before the holiday season and was a huge hit. In her first six months in business, Greiner signed a deal to create products for JC Penney. Within a year, she was selling her products on cable TV; during her first appearance, she sold 2,500 earring organizers in just two minutes. Her earring organizer went on to make over $1 million within the year and sold out instantly when it debuted on the Home Shopping Network. The profits from her earring organizer allowed her to pay off the $300,000 loan she took out to produce it in 18 months. Within three years, Greiner's business had brought in more than $10 million in sales. By 2010, Greiner's For Your Ease Only brand racked up more than $350 million in sales. 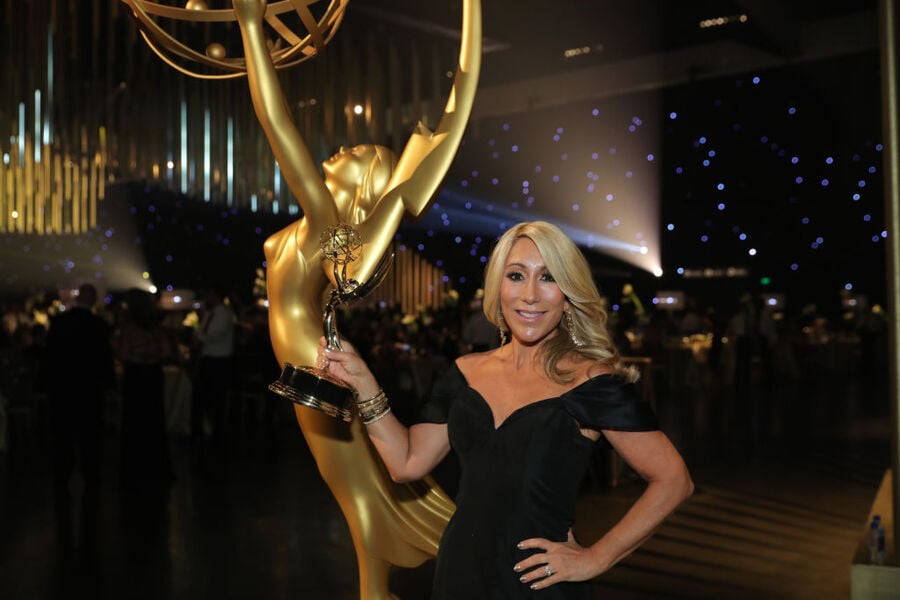 Most of her products are organizers that range in price from $16 for a small anti-tarnish jewelry box to $299 for a spinning, mirrored jewelry cabinet. She makes 80% of her sales via QVC, the 24-hour cable channel. Since 2000, she has hosted a popular monthly show on QVC called "Clever and Unique Creations by Lori Greiner," which is one of the longest-running shows on the network.

She has developed over 700 products for men and women, offering shoppers solutions for organizing everything from their jewelry and makeup to their remote controls, the sweaters kept under their beds, and even cooking supplies. She holds more than 100 patents for her products in the U.S. and abroad.

In 2011 she was the guest speaker at the first United States Patent and Trademark Office Women's Entrepreneurship Symposium.

Greiner's products are regularly featured in magazines like O The Oprah Magazine, InStyle, Woman's Day, and Family Circle. She has also been profiled in Parade, Financial Times, Forbes, Success, and Entrepreneur and has appeared on The View, Bloomberg, CNN, and many others. Her Initial Silver Safekeeper was chosen as one of Oprah's favorite things.

In 2012 Lori joined the popular reality television show Shark Tank as one of the judges. In 2014, her investment in Scrub Daddy, a company that produces a texture-changing household sponge, was noted as one of the biggest successes in Shark Tank history.  Greiner sold more than 2 million Scrub Daddy sponges in one day on QVC. Greiner's other early Shark Tank investments include Bantam Bagels (mini stuffed bagels), Squatty Potty, Readerest, Paint Brush Cover, Hold Your Haunches, Drop Stop, FiberFix, Simply Fit Board, Sleep Styler, and Screenmend.

In 2014 she authored the book Invent It, Sell It, Bank It!: Make Your Million-Dollar Idea Into a Reality which reached #3 on the Wall Street Journal's bestseller list.

Personal Life:  Lori Greiner is married to Dan Greiner.  They met at a bar called Kincaid's in the Lincoln Park neighborhood of Chicago in 1996 though they didn't start dating until 2000 despite the spark they had. He was an assistant controller before joining Lori's For Your Ease Only in 1999. Lori and Dan got married in 2010. He is the CFO of his wife's company.

Lori Greiner is often called "The Queen of QVC."

Lori is a night owl. She goes to bed at 2 am because she gets energized at night. Before going to bed, she always exercises because it puts her to sleep. While on the treadmill, she watches the shows she has recorded, and her favorite include Empire, House of Cards, and Bloodline.

Lori partnered with Charitybuzz to raise over $126,000 towards some of her favorite causes such as The Trevor Project, Kind Campaign, CASA for children and Chicago Police Memorial Foundation.  She also donates to different humanitarian organizations every year including the Salvation Army and Habitat for Humanity.

Salary Highlights: Lori Greiner makes around $5 million a year from her business For Your Ease Only and for her role on ABC's Shark Tank. She makes $50,000 per episode or $1.2 million a season for Shark Tank.

Real Estate: Lori and Dan Greiner have a home in Chicago and one in suburban Philadelphia near the QVC headquarters. 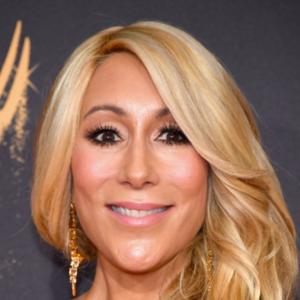