Liza Morales net worth: Liza Morales is a New York City-based fashion designer who has a net worth of $3 million. Liza Morales is perhaps most famous for being the ex-girlfriend and baby mama of NBA star Lamar Odom. Liza is the mother of Lamar's three children, Lamar Jr., Destiny and Jayden.

Tragically, Jayden died in 2006 at just 6 1/2 months due to Sudden Infant Death Syndrome (SIDS). Liza has openly complained that Lamar is an absentee father who hardly visits his children. She also has accused Lamar of carrying on a two year affair before their breakup in 2008. Liza and Lamar met in 1996 and had a short-lived engagement in 2000. A year after their breakup, Lamar began dating Khloe Kardashian. Khloe and Lamar married in 2009 and went on to star in their very own reality television series on the E! network. Lamar and Khloe filed for separation in December 2012 amid rumors of Lamar's drug use and general misbehavior. Following suit, in January 2013 Liza Morales appeared on the VH1 reality special "Starter Wives Confidential". Starter Wives Confidential aired three episodes and followed the lives of seven women who are former girlfriends and wives of big celebrities. Most of the women on the show dated their men before they become wealthy and famous and were subsequently left for new women after striking it big time. The show was abruptly canceled after just three episodes due to low ratings. After Lamar and Khloe separated, rumors flew that Liza and Lamar were back together. Those rumors were apparently false. In the wake of the divorce, Lamar's children with Liza have come out publicly to express their dislike of Khloe. Liza and Lamar met when they were 9th grade students in Queens, New York. While they were together, Lamar insisted on waiting for his retirement before getting married.

Unfortunately for Liza, Lamar was allegedly cheating with groupies all over the country. Today they only communicate through lawyers. 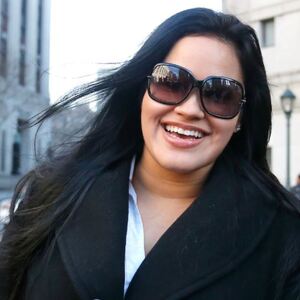