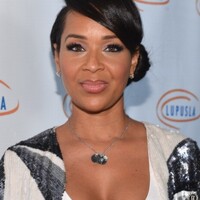 LisaRaye McCoy-Misick net worth: LisaRaye McCoy-Misick is an American fashion designer and actress who has a net worth of $10 million. LisaRaye McCoy-Misick gained her net worth by playing the role of Diana "Diamond" Armstrong in the film The Players Club and Neesee James on the television show "All of Us" from 2003 to 2007. McCoy-Misick was born in Chicago, Illinois, and first began her career as a model. She is the daughter of a businessman and professional model and is of Native American & Irish descent. Before acting, she began her career as a model doing fashion shows in churches and high schools in her native home Chicago. She made her acting debut as the lead in Reasons, an independent film directed by Monty Ross. In addition to acting, she has also appeared in several music videos. She is currently starring in her own reality show on TV One, "LisaRaye: The Real McCoy" along with her 21-year old daughter Kai. She also stars in a TV show called Single Ladies through Queen Latifah's production company. Her memorable performance as a troubled stripper left a solid impression on audiences. Her appearances thus far were impressive, but her career truly began to ignite after her appearance in the movie The Wood. In 2000, she found her widest audience yet as the host of "Source: All Access" a popular series dedicated to exploring hip-hop culture. She quickly gained a loyal following with her winning smile and extensive knowledge of all things hip-hop. The summer of 2011 she launched her jean collection "The LisaRaye Collection" in partnership with PZI Jeans. This jean contours the body of a woman with curves, her motto, "For the Curvy Woman in You." That same summer, she launched her hair line, "LisaRaye Glamour" which is 100% Indian hair and comes in weaves, extensions and wigs. LisaRaye McCoy-Misick was born on September 27, 1967 in Chicago, Illinois.