Laura Geller net worth: Laura Geller is an American makeup artist and entrepreneur who has a net worth of $4 million dollars. Laura Geller has loved makeup and beauty since childhood. She carried her passion for pretty things into adulthood, eventually becoming a makeup artist. She first made a name for herself in New York, doing makeup for Broadway shows.

From there, she went on to working on network television, providing makeup for shows on CBS, the CW, HBO, and for "The Today Show". She subsequently launched her own makeup studio, Laura Geller Makeup Studio, on the Upper Eastside of Manhattan in 1993. Nine years later, she began selling her own line of cosmetics on QVC. Since then, Laura Geller Beauty has become one of the most popular makeup lines available. Her primer, "Spackle", has become a huge favorite, and her "Baked" line of powder cosmetics has also garnered rave reviews. 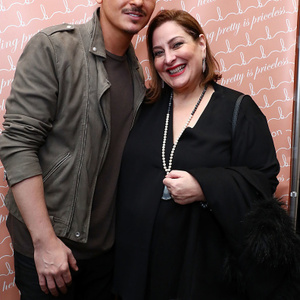