Kim Kimble net worth: Kim Kimble is an American celebrity hair stylist who has a net worth of $1.5 million dollars. Born in Los Angeles, Kim Kimble began working in her mother's salon when she was pre-teen, as a shampoo girl. She was originally interested in a career in fashion design, but subsequently fell in love with hair design, and went on to graduate from the Vidal Sassoon Academy and Dudley Cosmetology University.

She opened her own salon, Phaze II, in Los Angeles in 1995, and began to gain widespread notice when she was hired to style hair for Robert Townsend's film, "BAPS", starring Halle Berry. Her work on "BAPS" led to jobs styling hair for such projects as, "Cinderella", "The Jamie Foxx Show", and "Austin Powers: Goldmember". Her reputation grew, and she has become the preferred stylist for such celebrity clients Beyonce, Gabrielle Union, Lady Gaga, Shakira, Mary J. Blige, Vanessa Williams, Eve, Keri Hilson, Sanaa Lathan, and Kerry Washington. She has also been featured on multiple talk shows, including "Oprah", and has styled ad campaigns for Pepsi, Nike, and CoverGirl, among other companies. She is currently starring on her own reality series called, "L.A. Hair", on WEtv. 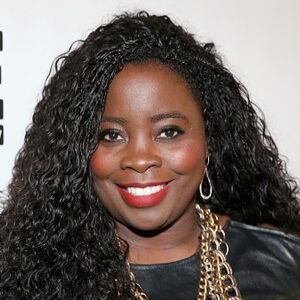