Keyshia Ka'oir Net Worth: Keyshia Ka'oir is a Jamaican-born model, actress, and entrepreneur who has a net worth of $20 million. Although Keyshia is probably best known for being the wife of renowned rapper Gucci Mane, she is also a successful businesswoman and the CEO of three companies. She began her career as a model, winning the XXL Model of the Year award in 2010. Ka'oir then immediately capitalized on this early success, founding a successful makeup company called Ka'oir Cosmetics – her first business.

Since then, she has branched out with several other ventures, including fitness products. A number of high-profile celebs have been spotted wearing or endorsing her cosmetics, including Trina. Finally, Keyshia is well-known in the entertainment world, having appeared regularly in the popular reality TV show "The Mane Event" alongside her husband Gucci Mane.

$30 Million? On one of the early episodes of "The Mane Event", Keyshia's financial planner appears to report that she has "profited $30 million" off her two businesses, Ka'oir Fitness and Ka'oir Cosmetics. The financial planner provided no evidence to back these claims up. It's not entirely impossible, but seems very unlikely based on the figures we have seen related to Keshia's finances and the prospects of her businesses. We will continue to research and reach out to Keyshia to seek more clarity on her numbers.

Early Life: Keyshia Ka'oir was born on January 10th of 1985 in Kingston, Jamaica. Keyshia regularly speaks about being proud of her Jamaican heritage, although her family emigrated to the United States when she was 17 years old. Although she was initially raised alongside three brothers, one of them passed away at a young age.

Early Career: At first, Ka'oir worked as a stylist in Miami. She counted a number of high-profile celebrities among her clients, which eventually led to a number of promising opportunities. After appearing in the music video for Drake's hit "Say Something," she transitioned into modeling. A number of additional music video appearances followed, but her real breakthrough came in 2010. This year, she was named the XXL Magazine Model of the Year and became a well-known figure. Shortly thereafter, she launched her first cosmetic products.

Business Ventures: Keyshia is an established businesswoman with a number of successful ventures to her name. After establishing Ka'oir Cosmetics early in her career, she went on to create the Ka'oir Waist Eraser fitness belt. Some of Keyshia's most notable products have been colorful lipsticks known as "glitzsticks."

In one episode of "The Mane Event," Ka'oir's financial planner publicly stated that Keyshia had accumulated over $30 million in profit from her various businesses. While this is certainly an impressive number, doubts have been raised about the validity of these reports. While her financial planner could have been telling the truth, we have no real way of validating her statements based on the established financial performance of her businesses. 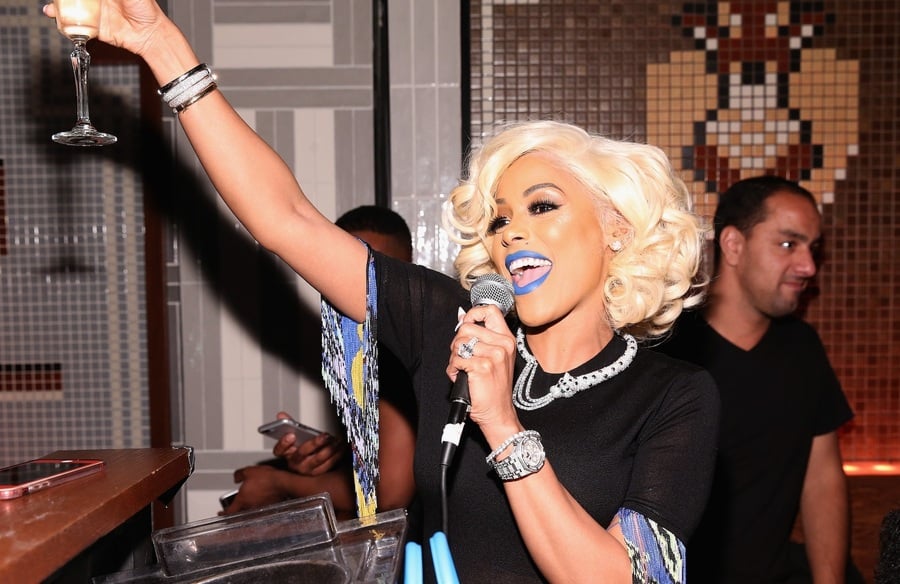 In 2020, it was reported that Keyshia had given Gucci Mane $2.5 million worth of jewelry after the couple welcomed a baby into the world. Ka'oir splurged on a total of three jewelry pieces, including a diamond-studded necklace and a charm emblazoned with the words "Ice Daddy." Keyshia also gifted her husband a bracelet that was similarly lavish. All three jewelry pieces were made by Pristine Jewelers, located in New York City.

Relationships: Keyshia Ka'oir started dating Gucci Mane back in 2011, and the pair have been one of the most enduring couples in the hip-hop world ever since. They became engaged when Gucci famously proposed during an Atlanta Hawks game. The pair have had their ups and downs, and Keyshia won considerable praise for sticking by her man during his three-year jail sentence. Eventually, the pair married in 2017, splurging on a $2 million wedding. In 2020, Gucci and Keyshia welcomed their first child into the world, although Ka'oir also has three children from a previous marriage. 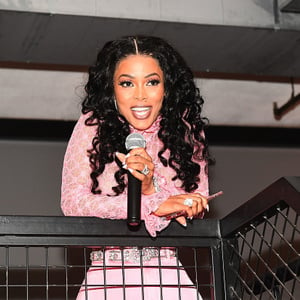