What is Kenneth Cole's net worth? Kenneth Cole's net worth is $100 million dollars. Born in Brooklyn, New York, Kenneth Cole attended Emory University with the intention of becoming a lawyer, before joining the family business of shoe making. He did not have enough money to display his shoes as part of Market Week in New York during the first year of his company, so he changed his company name to Kenneth Cole Productions, so that he could get permits as a film production, and subsequently sold 40,000 pairs of shoes in just over 48 hours.

His company has gone on to become one of the most successful in the world, and has three lines of shoes, clothing, and accessories, Kenneth Cole Reaction, Kenneth Cole New York, and Unlisted. His company is also recognized for being very socially conscious. Kenneth Cole Productions publicly supports AIDS education and research, is a fur-free clothing manufacturer, and donates large amounts to organizations devoted to ending poverty and homelessness each year. 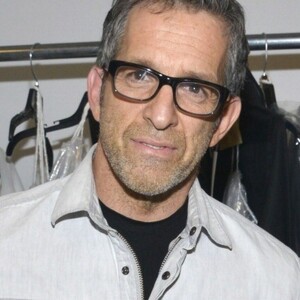