Kate Spade Net Worth: Kate Spade was an American fashion designer who had a net worth of $200 million at the time of her death in 2018. Spade was the founder of the luxury fashion brand Kate Spade New York. Kate launched the brand with her husband at the time, Andy Spade (brother of actor and comic David Spade). She launched with a line of handbags in 1993. The company grew to include several retail outlets in addition to selling their products through high-end stores such as Saks Fifth Avenue and Bloomingdale's. Kate Spade built an international accessories business, branching out into new markets. Kate Spade now offers products in a range of categories from eye-wear to shoes to paper goods.

Kate and Andy sold 56% of the business to the Neiman Marcus Group in 1999 for $34 million, but remained active within the brand. They sold the remainder of her stake in 2006 for $60 million.

In 2016, Spade launched Frances Valentine, a line of luxury handbags and footwear. In 2004, she published the books "Manners," "Occasions," and "Style," and in 2006, Kate and Andy invested in a small television network called Plum TV that broadcasts in Martha's Vineyard, Nantucket, and the Hamptons. Sadly, Spade passed away in June 2018 from an apparent suicide.

Early Life: Kate Spade was born Katherine Noel Brosnahan on December 24, 1962, in Kansas City, Missouri. Her mother, June, was a housewife, and her father, Frank, was the owner of a road-construction company. Kate attended the all-girls Catholic high school St. Teresa's Academy, and after graduation, she enrolled at the University of Kansas, then transferred to Arizona State University, where she was a member of the Kappa Kappa Gamma sorority. She earned a degree in journalism in 1985, and as a college student, she worked at the Phoenix clothing store Carter's Men Shop. Spade was the aunt of "The Marvelous Mrs. Maisel" star Rachel Brosnahan, who has called Kate "exceedingly kind, beautifully sensitive, insanely talented, funny as heck and one of the most generous people I have ever known."

Career: Spade moved to New York City to work for "Mademoiselle" magazine, where she spent five years, eventually becoming a senior fashion editor as well as head of accessories. She left in 1991, and two years later, she founded Kate Spade New York with her future husband, Andy Spade. After initially being undecided on what she should call the company since she thought that "Kate Brosnahan" was too cumbersome, Andy suggested "Kate Spade" since Kate would be taking his last name after their wedding. To make her first line of handbags, Spade used paper and Scotch Tape to make six prototypes and produced them with the help of an East New York manufacturer who was open to working with a startup. Andy, who had been working as a copywriter, withdrew the money in his 401(k) to finance the company. After the Barneys department store chain ordered a few of Kate's bags at a show at the Javits Center, she made a change to the look of her handbags, putting the labels on the outside. Her handbags, which were sold for around $150-$450, became popular, and she opened her first store in 1996 in New York City's SoHo neighborhood.

Though Kate Spade New York only sold handbags at first, it later began selling clothing, shoes, jewelry, eyewear, fragrances, stationery, and other items. In 1993, the company reported $100,000 in sales, and by 1998, that figure had jumped up to $27 million (and $99 million by 2006). As of this writing, more than 140 Kate Spade shops and outlets have opened in the U.S. alone, and there are more than 175 stores internationally.

After Kate's death, her Frances Valentine label (which she co-founded with Andy and her best friend, Elyce Arons) released the Love Katy collection in her memory. The company cast Kate's niece, Rachel Brosnahan, in their spring 2019 ad campaign. 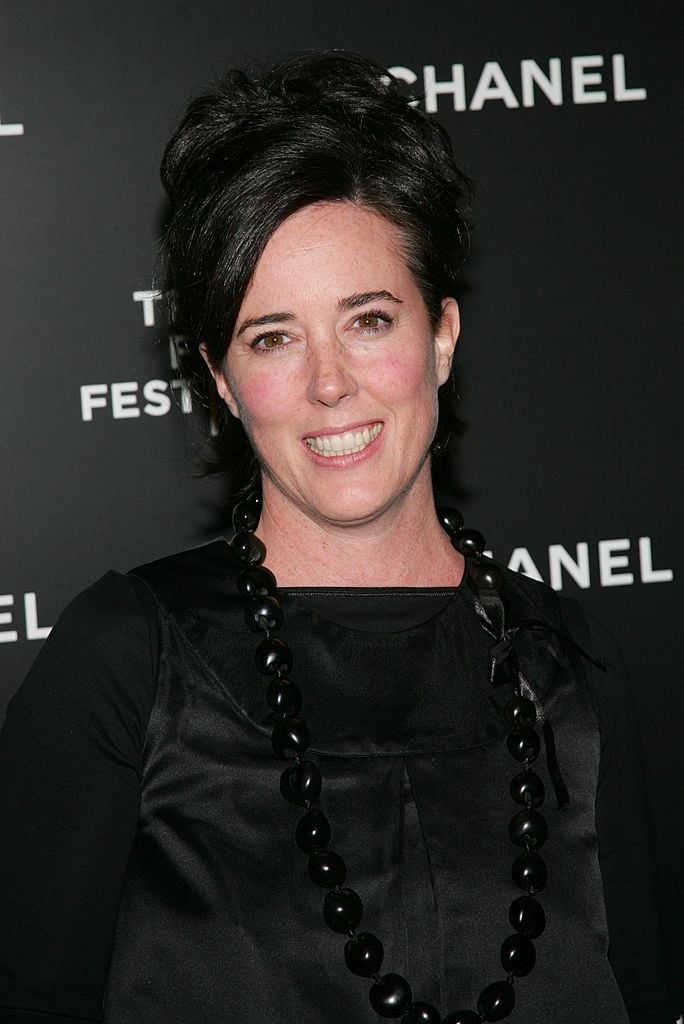 Personal Life: Kate met Andy Spade while they were working together at Carter's Men Shop in 1983, and they married in 1994. Andy is the brother of comedian/actor David Spade, and Kate guest-starred as herself on David's NBC sitcom "Just Shoot Me!" in 2002. Kate and Andy welcomed daughter Frances Beatrix Spade in February 2005. After Kate's death, Andy stated, "For the past 10 months we had been living separately, but within a few blocks of each other. Bea was living with both of us and we saw each other or spoke every day. We ate many meals together as a family and continued to vacation together as a family. Our daughter was our priority. We were not legally separated, and never even discussed divorce. We were best friends trying to work through our problems in the best way we knew how."

Death: On June 5, 2018, a housekeeper found Spade dead in her NYC apartment. Kate had reportedly hung herself with a scarf and left a note for her daughter. The following day, Andy released a statement about the tragic death of his wife, writing, "Kate suffered from depression and anxiety for many years. She was actively seeking help and working closely with doctors to treat her disease, one that takes far too many lives. We were in touch with her the night before and she sounded happy. There was no indication and no warning that she would do this. It was a complete shock." Spade's funeral took place at Our Lady of Perpetual Help Redemptorist Church in Kansas City, Missouri, on June 21st, one day after the death of her father, who had "been in failing health of late and was heartbroken over the recent death of his beloved daughter." Two weeks after Kate's death, Kate Spade New York pledged to donate $1 million to suicide prevention organizations, and the company later established a Mind, Body, Soul program for its employees all over the world.

Awards and Honors: Spade was named "America's New Fashion Talent in Accessories" by the Council of Fashion Designers of America (CFDA) in 1996, and two years later, CFDA named her "Best Accessory Designer of the Year." In 2004, Kate's home collection earned her the "Elle Decor" International Design Award for Bedding, the "Bon Appétit" American Food and Entertaining Award for Designer of the Year, and the "House Beautiful" Giants of Design Award for Tastemaker. She was inducted into the Henry W. Bloch School of Management's Entrepreneur Hall of Fame in 2017, and that year "Fast Company" included Spade on its "Most Creative People in Business" list. 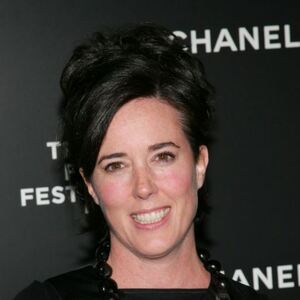