Karl Kani net worth: Karl Kani is an American fashion designer and entrepreneur who has a net worth of $50 million. Karl Kani was born Carl Williams in San Jose, Costa Rica in May 1968. He is the founder and CEO of his hip hop fashion brand Karl Kani. He was born in Costa Rica and his family moved to the United States when he was very young.

Kani started designing clothing when he was 16 at his father's company. He moved to Los Angeles and opened a clothing shop with a friend in 1989. Kani had a friend hold up a sign with his label's name on it at a taping of The Today Show. He launched his company Karl Kani Infinity in 1994. In 2001 he launched the sister brand Kani Ladies and later he launched Karl Kani Big & Tall. He became known for merging hip-hop with fashion. Karl Kani Infinity was named the most successful Black owned firm worldwide by Black Enterprise in 1996. Kani won an Urban Fashion Pioneer Award for lifetime achievement in 2002. 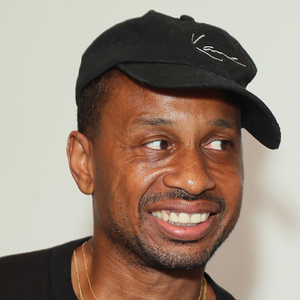