Sir Jonathan "Jony" Ive is an English technology designer, most famous for his work at Apple. Jony Ive served as Chief Design Officer for Apple and had a large impact on the design of many popular Apple products like the iPhone and MacBook.

In 2011 Apple disclosed that Jony earned $30 million in base salary for the year and was awarded $25 million worth of stock options. His salary was not disclosed in future years, making him the only major Apple executive whose salary was not reported publicly.

Ive was born on February 27, 1967 in Chingford, Essex, United Kingdom. His full name is Jonathan Paul Ive. His father, Michael, worked as a silversmith and lecturer at Middlesex Polytechnic. As a child, Ive attended the Chingford Foundation School and then Walton High School in Stafford. He was diagnosed with dyslexia while in high school.

Iive was interested in car design as a young person and it is was initially attracted him to design. When he enrolled at Newcastle Polytechnic, he decided to study industrial design. He finished his degree in 1989. Some of his designs earned him the RSA Student Design Award, which allowed him to travel to Palo Alto, California where he met a number of design experts. He then returned to the UK where he became an intern at the product design agency, Roberts Weaver Group.

After working with the Roberts Weaver Group for about a year, Ive joined Tangerine, a London startup design agency. Ive did not really enjoy the work, however, as he often found himself working with clients who had different ideas . During this time, Robert Brunner of Apple attempted to recruit Ive to Apple, though Ive declined. However, Ive did begin working with Apple as Apple became an early client of Tangerine. Ive was instrumental in the initial designs of the PowerBook.

In September of 1992, Ive was formally recruited to Apple, meaning he had to move his family from London to California. His first few years at Apple were challenging due to the company's initial lack of commercial success. Steve Jobs, who had been ousted by other Apple executives, staged a return to the company and collaborated with Ive to try to take the company in a new direction.

After Jobs formally returned, Ive became the senior vice president of industrial design in 1997. His first major design assignment in this role was the iMac, which was introduced in 1998. Ive is credited with designing the computer's translucent plastic case. The iMac is thought to have paved the way for later Apple products, like the iPod and iPad.

Ive continued rising in power and leadership at Apple in the 2000s. The work he did in his office was kept secret from anyone outside of his core team of around 15 people, including Ive's own family. Jobs and Ive collaborated closely on products, as their offices were linked through a hidden corridor and single-access doors. 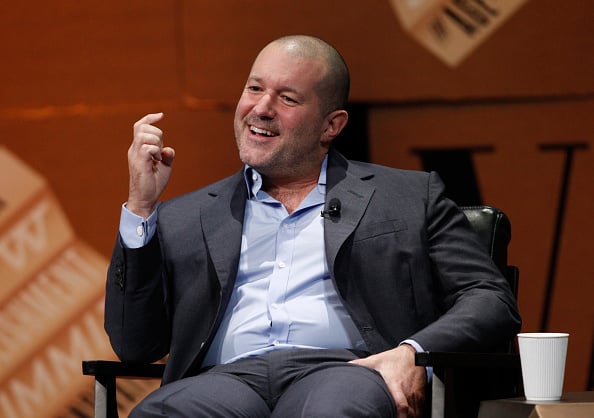 In 2013, Ive's role changed to Senior Vice President of Design and Ive announced that he thought his best work for the company was still to come. He was again promoted to Chief Design Officer in 2015. He spent two years in a more executive role before resuming more creative design responsibility in 2017.

In June of 2019, Apple announced Ive's departure from the company. Ive planned to started an independent firm named LoveFrom, along with another Apple designer named Marc Newson. LoveFrom planned to work with Apple as its primary client. The company keeps a very low profile and has no official website.

Ive also was appointed Chancellor of the Royal College of Art in May of 2017. This appointment began a fixed five-year term as the Head of College. The role involves serving as an academic administrator, running committee meetings, and conferring graduate degrees.

Ive's career has been marked with many awards and honors. He has been appointed as a Royal Designer for Industry by the United Kingdom, as well as an Honorary Fellow of the Royal Academy of Engineering, a Commander of the Order of the British Empire, and a Knight Commander of the Same Order. He has also received numerous honorary degrees from institutions like the Rhode Island School of Design and California College of the Arts. The Royal College of Art also designated him an honorary doctor. In 2016, he was awarded honorary doctorate awards by the University of Cambridge and the University of Oxford. His design style is said to be influenced by the work of Dieter Rams, the chief designer of Braun from 1961 to 1995, as well as the German Bauhaus tradition.

While attending high school, Ive met Heather Pegg. The two later began dating and then got married. Pegg works as a writer and historian. They have two children together and primarily reside in the Pacific Heights neighborhood of San Francisco, California. Ive in general likes to avoid publicity and live a private life.

Ive has lent his product design skills to several charitable causes and organizations. He once designed a Leica camera for a charity auction that went on to set the world record price for a camera. He has also has designed a Jaeger-LeCoultre watch for an HIV/AIDS-charity auction, which raised $13 million.

The designer is also known for having a signature personal look, which is downplayed and minimalist. He keeps a closely-shaved buzzcut and often sports mono-colored t-shirts, linen shirts, and canvas pants.