John Varvatos Net Worth: John Varvatos is an American fashion designer who has a net worth of $100 million. He is best-known as the founder of the eponymous fashion brand. John eventually sold off a majority stake in his company to private equity firm Lion Capital LLC. Unfortunately, the brand John Varvatos filed for bankruptcy in May 2020. At the time the designer still held a minority stake but had mostly cashed out long ago.

Born in Detroit, Michigan, John Varvatos began his clothing industry career working for Polo Ralph Lauren during the early '80s. At the turn of the decade, he joined Calvin Klein and became the head of menswear design. Varvatos was part of the cK brand launch. Five years later, he rejoined Ralph Lauren and is credited with developing the Polo Jeans Company.

In 1999, Varvatos launched his own company and debuted his first line in New York in late 2000. Soon after, he opened his first brick-and-mortar boutique in Soho. A year later, he signed a deal with Converse to create an exclusive high-end line for the company. Varvatos landed his own radio show in 2009, which he hosts monthly on SIRIUS XM. He regularly interviews those who have inspired him throughout his career. Varvatos was part of NBC's "Fashion Star" and had a limited Chrysler 300 named after him. He has won several awards during his career, including the Perry Ellis Award for Menswear in 2000 and the Council of Fashion Designers of America Designer of the Year Award in 2001. Varvatos was GQ's Designer of the Year in 2007 and the CFDA's Menswear Design of the Year in 2005, defeating Ralph Lauren for the honor. 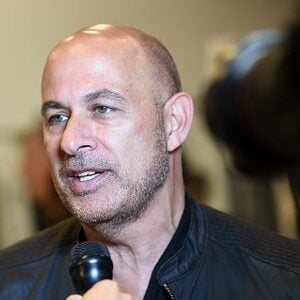