How much is Jillian Harris Worth?

Jillian Harris net worth: Jillian Harris is a Canadian television personality and interior designer who has a net worth of $3 million. Jillian Harris was born in Peace River, Alberta, Canada in December 1979. She first appeared as a contestant on the reality television series The Bachelor in 2009 and was second runner-up. The same year she was chosen to be the bachelorette in the reality TV series The Bachelorette. Harris was a designer on the reality series Extreme Makeover: Home Edition from 2010 to 2011. In 2012 she hosted the reality series Canada's Handyman Challenge. Harris began hosting and starring on the television series Love It or List It Vancouver in 2013. She has also been featured on several other TV series including HGTV Insider, Game of Homes, and Jillian and Justin. In 2016 Harris won a Leo Award for Best Host(s) in an Information or Lifestyle Series for Love It or List It Vancouver. 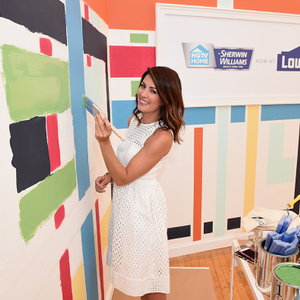