Jessica Mulroney net worth: Jessica Mulroney is a Canadian fashion stylist and marketing consultant who has a net worth of $10 million.That is a combined net worth with her husband, Ben Mulroney. Jessica is perhaps best known for being featured on the television series Good Morning America and for being friends with Princess Meghan Markle.

Jessica Mulroney was born in Canada in March 1980. She graduated from McGill University. Mulroney married Ben Mulroney in 2008. She is the daughter-in-law of Brian Mulroney and Mila Mulroney and the sister-in-law of Caroline Mulroney. Jessica Mulroney styled ensembles for Prime Minister of Canada Justin Trudeau's wife Sophie Gregoire Trudeau. She helped Meghan Markle choose a wedding dress for her role on the TV series Suits and styled Mindy Kaling in 2019. Mulroney has also been a stylist for Shania Twain. Jessica Mulroney hosted the reality TV series I Do, Redo for CTV in 2020. In 2020 Sasha Exeter accused Mulroney of bullying and threatening to sue her. She then lost her contracts with ABC, CTV, Hudson's Bay, and Cityline. 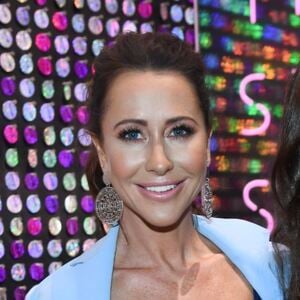