Jeremy Scott net worth: Jeremy Scott is an American fashion designer who has a net worth of $2 million. Jeremy Scott was born in Kansas City, Missouri in August 1975. He studied at the Pratt Institute in Brooklyn, New York and started his career at Paris Fashion Week. Scott collaborated with Adidas to launch a collection of apparel and footwear in 2008.

His first fragrance for Adidas debuted in February 2015 in a glass replica of his iconic Adidas winged sneakers. Scott became the Creative Director at Moschino in 2013. His collections have been featured in the music videos "We Found Love" by Rihanna and "Toxic" by Britney Spears. Scott was accused of plagiarism with some of his designs from Santa Cruz Skateboards in 2013 and the two parties reached a settlement. Scott collaborated with Katy Perry to design costumers for her Super Bowl XLIX Half Time show performance in 2015. The film Jeremy Scott: The People's Designer is about Scott and his rise in the fashion industry. 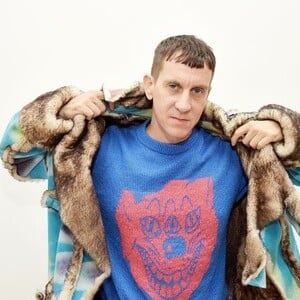