Jenni Pulos net worth: Jenni Pulos is a reality television personality and budding entrepreneur who has a net worth of $2.5 million. Jenni Pulos rose to fame as the assistant to real-estate investor and reality TV star Jeff Lewis. Pulos and Lewis appeared on the Bravo series Flipping Out and Interior Therapy with Jeff Lewis.

Way before becoming a TV star, Jenni Pulos was an avid tennis player who played competitively in high school and even intended to play for the University of California. But since she was studying Theater Film as a major, Pulos dumped tennis and opted for her first love – acting. She has always prided herself as an actress, voice over artist and even a rapper. Pulos finally had a taste of her dream when she landed a minor role on the shows Moesha and Charmed.

In 2007, Pulos struck gold when she became one of the stars of Flipping Out. The show documents the life of interior designer Jeff Lewis, his real-estate business and his long-suffering entourage. Pulos is Jeff's executive administrative assistant. Unlike most people he encounters, Jenni is not afraid to stand up to Lewis and his many quirks. Despite their frequent disputes, the Lewis/Pulos relationship is always positive and healthy in the end. Jenni's is the co-executive producer of Interior Therapy alongside her boss Jeff Lewis. She also makes regular guest appearances on the Nate Berkus show, Dennis Miller's radio show, and hosts hosting a string of programs on VH1 and Discovery Health. Angel-faced Pulos may seem like an unlikely rap artist – but somehow she pulls it off. Pulos has released her single, Magical Girl featuring Lil Jon, in September 2011. She is also set to release a rap album for children in the future. Just in case she wasn't busy enough, Pulos also has a book deal and a jewelry line (with Bella Star) in the pipeline. 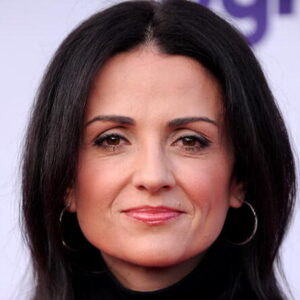