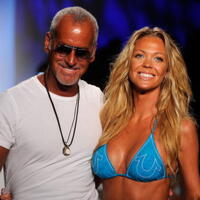 Jeffrey Lubell Net Worth: Jeffrey Lubell is an American executive in the textile industry who has a net worth of $100 million. Jeffrey Lubell acquired that wealth as the Chief Executive Officer, Chief Merchant and Chairman of the Board of Directors at True Religion Apparel, one of the most popular denim brands in the world. It was in 2002, when Jeffrey Lubell founded the American clothing company, True Religion, with the aim to create redefining premium denim through an emphasis on fit, quality and style. At the time, his apparel company with headquarters in California was actually the pioneer in the premium denim market. Lubell took the company public back in 2003, when True Religion had entered into a definitive merger agreement with TowerBrook Capital Partners, in a transaction worth approximately $835 million. Ever since, the company has became known as True Religion Apparel Inc., in which Lubell has kept his everyday duties as a Founder, C.E.O, Chairman, Creative Director and Head Merchant. Under his guidance, it has turned into a true innovator of exceptional lifestyle branding, as well as a global leader in premium denim and casual sportswear for men, women and children. Today, the Company operates 124 stores across the US and 31 international stores.