Jean-Paul Gaultier is a French fashion designer and creative director who has a net worth of $300 million. Jean-Paul Gaultier was born on April 24, 1952. He was raised in a suburb of Paris. His maternal grandmother introduced him to the fashion world. He never received formal training in fashion design and instead sent sketches to stylists he admired. Pierre Cardin was one of the first major designers to recognize his talents. Pierre was so impressed with the Gaultier's drawings that he hired him as an assistant. Gaultier then went on to work for Jacques Esterel and Jean Patou and then returned to work for Pierre Cardin. Gaultier launched his first individual collection in 1976. By the early 80s he was receiving acclaim from fashion magazine editors. He introduced the world to what is now known as the 'man-skirt' and the infamous cone bra worn by Madonna.  started out with designer Pierre Cardin in the early seventies. As an Haute Couture designer, Gaultier collection is usually formal with a twist of quirkiness.

In the late eighties, Gaultier introduced Junior Gaultier, a lower-priced line for the young people. By the mid nineties, the label changed to JPG by Gaultier. In the late nineties, Gaultier generated success from his Haute Couture line. As a result of the success from his high fashion line, Gaultier was hired by Hermes as the Creative Director in 2003 and remained in the position until 2010. Gaultier has also designed costumes in motion pictures including, the fifth element. He also designed costumes worn by Marilyn Manson, Madonna (for the Blond Ambition and 2006 Confessions tour) and Kylie Minogue.

As well as being a popular designer, Jean Paul has also a highly successful perfume range. The early nineties, he launched his first perfume for women, Classique and three year La Male for men on was the market. Both fragrances were proven to be successful- La Male is currently the number one in Europe and is popular in Australia and the US. The two fragrances, is arguably, the best fragrances from Gaultier perfume range. 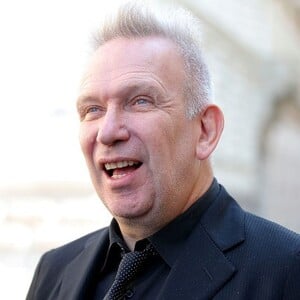