What was Jean-Michel Basquiat's Net Worth?

After breaking out as a member of the Manhattan graffiti duo SAMO, his paintings began being exhibited in galleries and museums around the world. Basquiat passed away from a heroin overdose in 1988, after which time his work steadily increased in value.

Today, Basquiat's paintings are some of the most valuable modern works on the planet. In May 2017, a Basquiat painting sold to a Japanese collector for $110.5 million, a record sale price for an American artist.

Jean-Michel Basquiat was born on December 22, 1960 in the Brooklyn borough of New York City. He was the second of four children of Gérard, a Haitian immigrant, and Matilde, who was of Puerto Rican descent. His siblings were an older brother named Max, who passed away shortly before Jean-Michel was born, and two younger sisters named Lisane and Jeanine. Early on, Basquiat was introduced to the art world by his mother, who frequently took him to local art museums and enrolled him as a junior member at the Brooklyn Museum of Art. A precocious kid, Basquiat learned to read and write by the age of four. In 1967, he began going to Saint Ann's School, where he created a children's book with his friend Marc Prozzo. At the age of seven, Basquiat was hit by a car while playing in the road; he sustained a broken arm and various internal injuries, requiring a splenectomy.

Following his parents' separation in 1968, Basquiat and his sisters were raised by their father. Their mother was eventually committed to a psychiatric hospital. By the time he was 11, Basquiat had gained fluency in French and Spanish in addition to English. He attended Edward R. Murrow High School for a year, and then went to the alternative school City-As-School, which enrolled many artistic students who were out of place in conventional institutions. Later, Basquiat was expelled for throwing a pie at the principal. 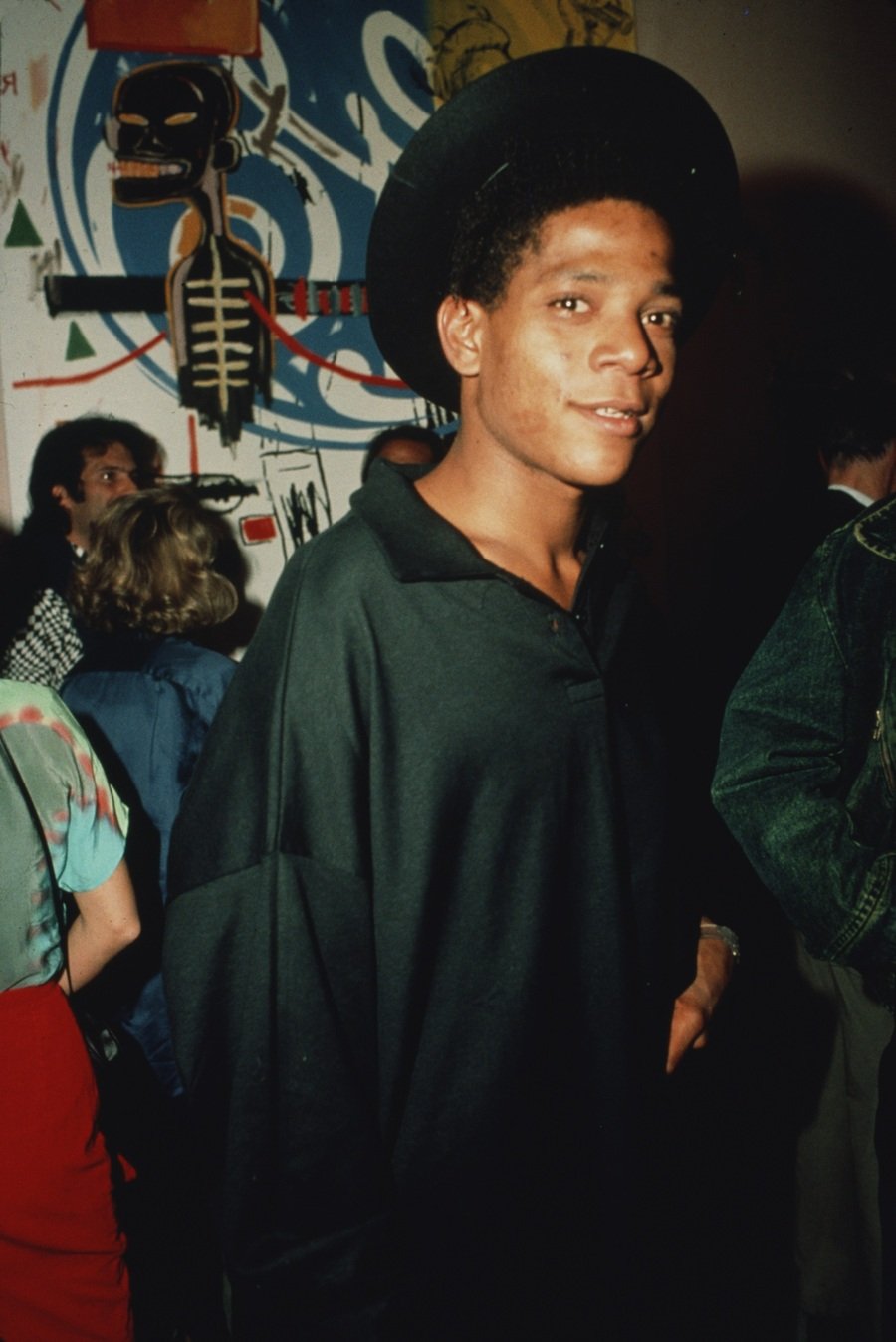 In 1978, Basquiat and his friend Al Diaz started to spray paint graffiti on buildings across Lower Manhattan. They used the pseudonym SAMO, and often created satirical advertising slogans. Eventually, SAMO began achieving media recognition. In December of 1978, the Village Voice published an article about the duo's street art. The next year, Basquiat appeared on the public-access television show "TV Party," on which he continued to make regular appearances. In April of 1979, he founded the noise rock band Test Pattern with Michael Holman. Around this time, Basquiat was living in the East Village with his friend Alexis Adler, and was painting all over the floors, walls, and furniture of their apartment. He also created and sold postcards with his friend Jennifer Stein.

In October of 1979, Basquiat presented montages of his SAMO work at an open gallery. The gallery's owner, Arleen Schloss, allowed Basquiat to use the space to create his "MAN MADE" line of upcycled garments. The line was later carried by costume designer Patricia Field at her boutique on 8th Street. Following a falling-out between Basquiat and Diaz, Basquiat appeared in High Times magazine as part of an article about graffiti.

Basquiat's fame continued to rise in 1980, when he participated in a multi-artist exhibition called "The Times Square Show." The following year, he participated in the "New York/New Wave" exhibition at New York's MoMA PS1. Several of Basquiat's paintings were purchased by Italian art dealer Emilio Mazzoli, who created a show for Basquiat at his gallery in Modena, Italy in 1981. Also that year, he participated in a group show organized by art dealer Annina Nosei. In early 1982, Basquiat had his first American one-man show at Nosei's gallery, and had another show in Modena, Italy. Later in the year, he became the youngest artist ever to participate in "documenta," a renowned exhibition of art in Germany. Basquiat continued to show at various galleries, many in Los Angeles. When he returned to New York in 1983, he became the youngest artist to participate in the Whitney Biennial exhibition. 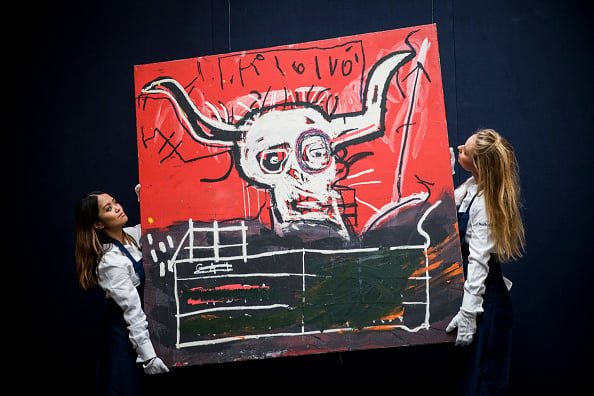 Having first met Andy Warhol in his early pre-street art days, Basquiat often collaborated with the famed pop artist. Together, they created the paintings "Olympics," "Taxi, 45th/Broadway," and "Zenith." However, their joint exhibition was panned by critics, and created a rift in their relationship. Following this, Basquiat became a regular at Area nightclub, and painted murals for the Palladium nightclub. By the mid-80s, he was making $1.4 million a year. Despite this success, Basquiat struggled with his mental health, becoming increasingly paranoid. He turned to drugs to cope, including an excessive use of cocaine and heroin.

In 1986, Basquiat had exhibitions in places including Los Angeles, Atlanta, Salzburg, the Ivory Coast, and Hannover. Around this time, Basquiat's mental condition was worsening, and in addition to his drug addiction, he became a borderline recluse. Still, he managed to show at various cities in 1987, including Tokyo, New York, and Paris. The next year, he had his final exhibitions in Paris, Düsseldorf, and New York.

Although he made many attempts at sobriety, Basquiat passed away in August of 1988 from a heroin overdose in his Manhattan home. He was found unresponsive by his girlfriend Kelle Inman. Basquiat is buried in Brooklyn's Green-Wood Cemetery.

Part of the neo-expressionist movement, Basquiat's art brought together drawing, painting, poetry, text, and historical information to illuminate subjects such as race, poverty, segregation, class struggle, colonialism, and the Black experience. In his brief but prolific career, he produced around 1,500 drawings, 600 paintings, and a myriad of sculpture and mixed-media works.

Over the years since Basquiat's death, his work has steadily increased in value. In 2017, his 1982 painting "Untitled" sold for $110.5 million at a Sotheby's auction, making it one of the most expensive paintings ever bought. Basquiat also has a commemorative plaque in Manhattan honoring his memory, as well as a public square named after him in the 13th arrondissement of Paris. Meanwhile, his work continues to influence artists around the world.