Jasper Johns is an American contemporary artist who has a net worth of $300 million. Born in Augusta, Georgia on May 15, 1930, Johns is best known for being part of the Abstract Expressionsim, Neo-Dada, and Pop Art movements with his work in painting and printmaking. Some of his most renowned works include Flags, Numbers, Maps, and Stenciled Words.

He studied at the University of South Carolina as well as Parsons School of Design before being deployed to Sendai, Japan during the Korean War in 1953. He met his long-time partner, Robert Rauschenberg, after returning to New York in 1954. Johns went on to establish the Foundation for Contemporary Performance Arts, also known as Foundation for Contemporary Arts in New York City, with fellow gay friend and composer, John Cage. Johns currently resides in Sharon, Connecticut. He has done work in painting, printmaking, and sculpture and has done multi-media collaborations with figures such as choreographer Merce Cunningham, John Cage, Elaine de Kooning, and David Hayes. The National Gallery of Art is home to the largest collection of Johns' work. 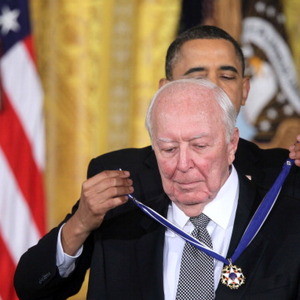