Jason Cameron net worth: Jason Cameron is an American actor and host who has a net worth of $2 million dollars. Born in Toledo, Ohio, Jason Cameron graduated from Northern Michigan University with a degree in Criminal Justice. Always interested in carpentry and construction, he worked his way through school doing construction work, and continued working in construction while pursuing his performance career.

He moved to New York in 1999, where he found moderate success as an actor, appearing in small roles on such television programs as, "Sex in the City" and "Guiding Light". He also began modeling, appearing in spreads in Maxim and GQ. In 2003, he was hired to serve as an on-screen carpenter for the TLC show, "While You Were Out". After three seasons with the show, he was invited by the DIY Network to host their series, "Desperate Landscapes". Since then, he has gone on to host multiple construction-related shows on DIY, including "Man Caves", and "Project Xtreme". 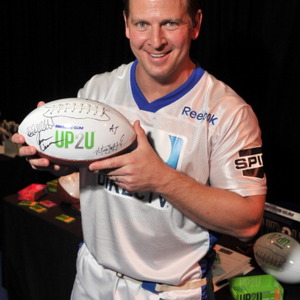