Early Life: Jamie Hyneman was born on September 25, 1956 in Marshall, Michigan. He grew up on an apple orchard in Columbus, Indiana. Despite his infamous stoic, sensible temperament now, Hyneman has described himself as a "problematic" and wild kid who left home at 14 to hitchhike and explore the country alone for six months. He ended this journey at a juvenile detention center in California, where his parents were called to pick him up.

In an attempt to assuage his wild nature, his parents enrolled him in a formal survival training course in Wyoming. It ended up backfiring somewhat, as Hyneman spent the rest of his teenage years disappearing into the wilderness alone for weeks at a time. Just before he graduated high school, Jamie's father convinced him to buy a pet store, which sparked his life-long love for exotic animals. He grew bored with the pet shop and went off to college. He graduated from Indiana University with a degree in Russian linguistics. He would later receive an honorary Doctor of Engineering degree from Villanova University, as well as an honorary doctorate from the University of Twente in the Netherlands.

Career: Hyneman held many jobs before his most notable work as the co-host of "Mythbusters," which ran from 2003-2018. Over the years, he worked as a certified dive master, a boat captain, a wilderness survival expert, a pet store owner, animal wrangler, machinist, concrete inspector, and chef.

Hyneman first broke into the effects industry in the late '80s as a special effects crew member on the movie Top Gun, for which he received no billing in the credits. He then spent time as an animatronics technician for films such as "Flubber" and "Naked Lunch." Hyneman also did work for the second and third installments of the "Matrix" trilogy. He subsequently started his own special effects company, M5 Industries, in San Francisco, California. M5 is where "MythBusters" was filmed and Hyneman serves as the company's CEO. 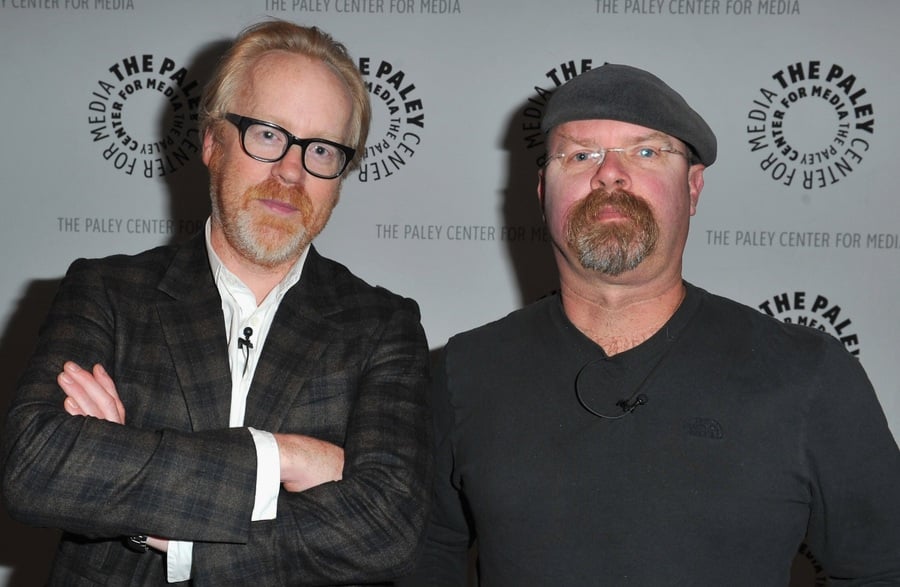 Hyneman is known for wearing a dark beret, white long-sleeved, button-up shirt, rimless glasses and, occasionally, mirrored sunglasses with side anti-glare guards. His notable achievements in commercial advertising are the can-splitting vending machine in the 7-Up commercials and his patented two-wheeled football shoe from Nike Lab commercials. Known among Robot Wars devotees for his robot entry, Blendo, he is also credited with being one of the designers of the aerial robotic camera system Wavecam, which is used at sports and entertainment events. In 2008, he made a cameo appearance, along with Adam Savage, on the television series "CSI: Crime Scene Investigation." The episode was called "The Theory of Everything" and the two played inspectors giving a thumbs-up after seeing a shirt soaked in pepper spray catch fire when shot by a taser. The pair tested this myth on a later episode of "MythBusters" and declared it confirmed. The two also appeared in the film "The Darwin Awards," portraying two army-junk sellers. In 2010, Hyneman and Savage met President Barack Obama. In 2012, Hyneman and Savage appeared as judges on the game show "Unchained Reaction." Later that year, they also voiced characters on "The Simpsons" episode "The Daughter Also Rises," where they portrayed a parody of themselves called the MythCrackers. They also voiced stormtroopers in the "Phineas and Ferb Star Wars" special.

Personal Life: In 1984, Hyneman met his future wife Eileen Walsh, a science teacher, during the time he owned a sailboat diving charter business in the Virgin Islands. The couple married in 1989. 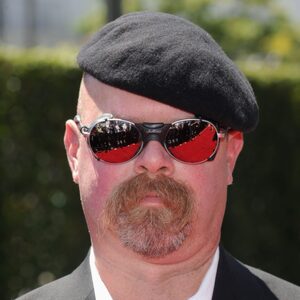